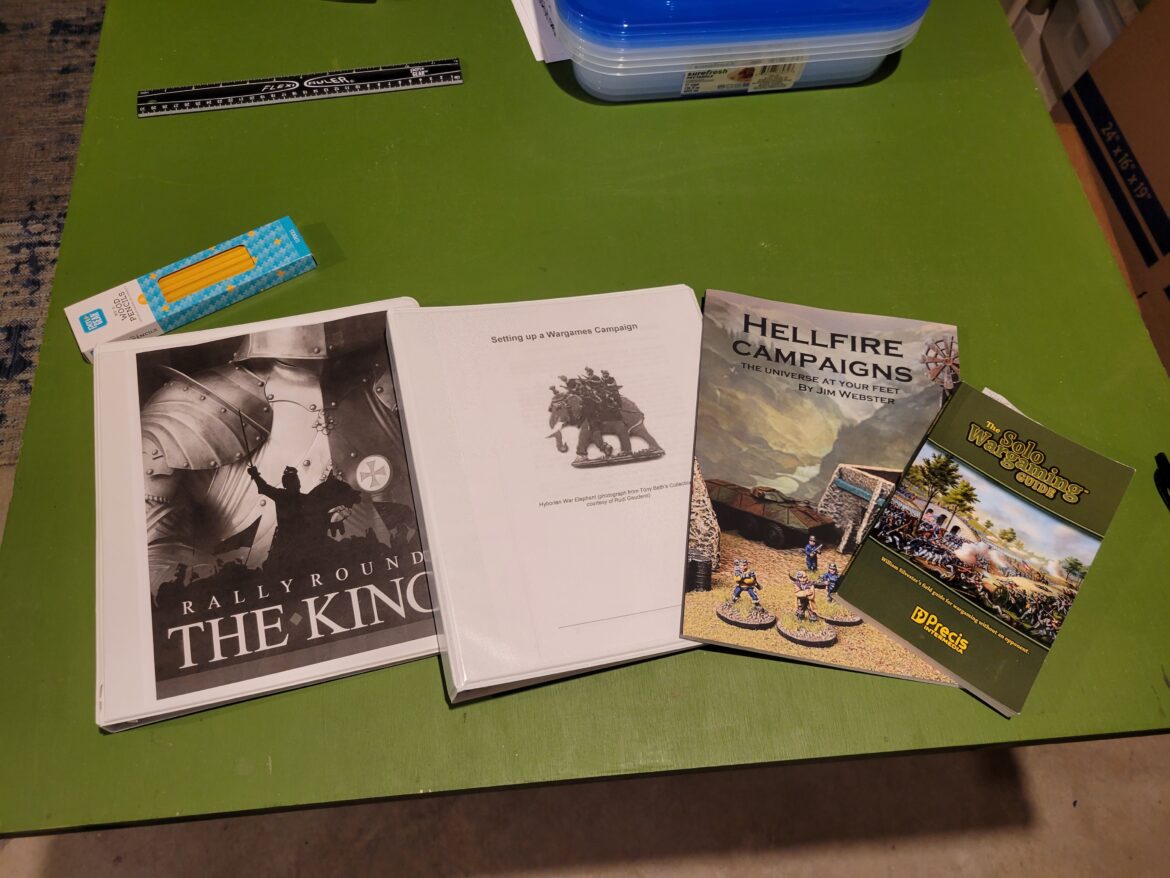 I have an idea for a short wargames campaign that a group of exited people could take part in, right from the comfort of their own homes.

I will provide a scenario, featuring “suggested” armies/forces, and you play it. With whatever system you want. In whatever style. I would just like to get a short After Action Report (just a paragraph) with a brief description of what happened, and maybe why…

I am in the process of reading some books and putting together a miniatures campaign of the Imagi-nations using some type of Black Powder rules for the tactical or skirmish games and these books for reference on the greater, strategic-level campaign stuff: 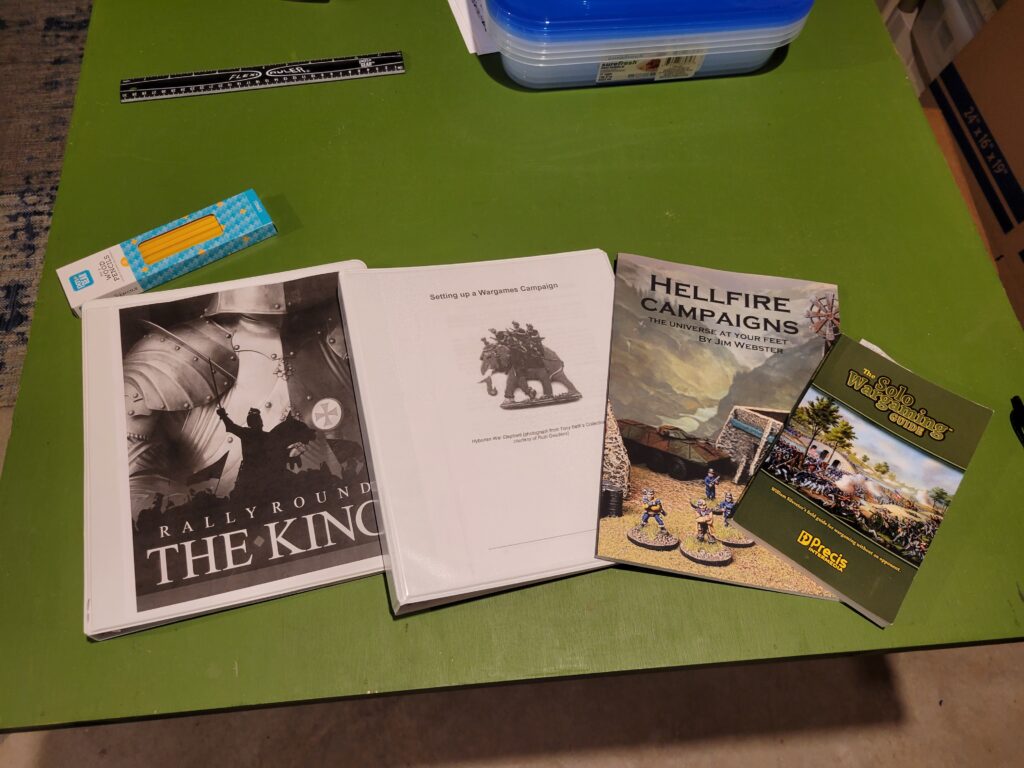 There will be four linked battles, each with a specific scenario and force listing, based on your own army composition!

If this sounds interesting to you, leave a comment. You can also follow along on the Yootoob channel: Purple Druid presents Wargame Culture.

The linked scenarios in this zine are described as part of an effort to create games with realistic objectives for victory (for either side) that feature unbalanced forces. The scenarios are going to be played by members of the Wargame Culture twitter community and blarg readers (if you are reading this, that means you, too!!).

The “Carnival” part of the title refers to the practice of having multiple other parties play the actual games, then report the results to the referee. These reports may be published on the Wargame Culture yootoob channel as part of the Campaign Design series.