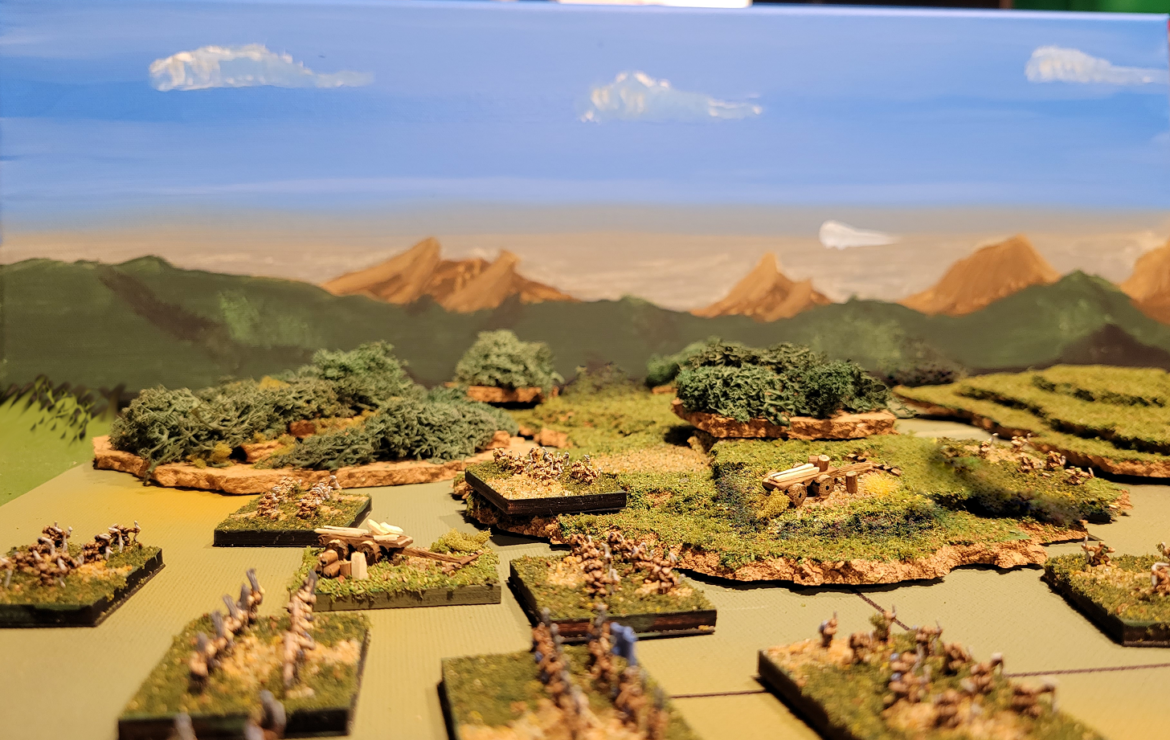 A color-printed physical copy of the Campaign Zine will be available after the carnival is complete. With some fun extras. But, enough of that, let’s get on with the game!

This battle takes place three days after the events of Scenario 1, late in the afternoon. There will be time for six turns before darkness falls. 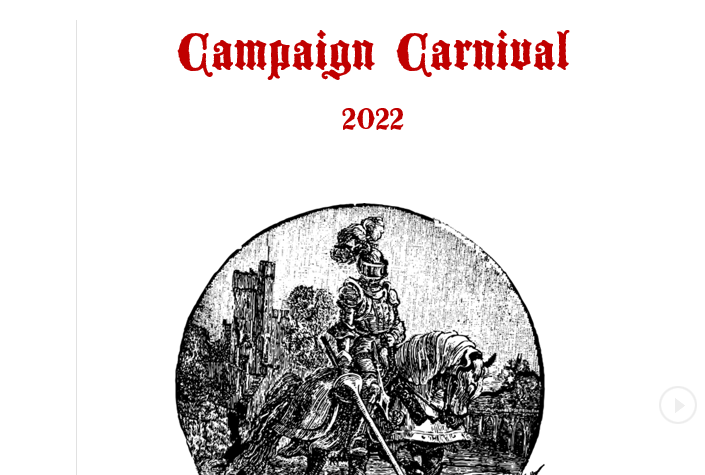 A portion of Baron B______’s army has split from the larger group and has raced ahead of the defeated forces of A_____. They are moving to take up positions to guard the road out of the Barony.

Nearly half of Army A_____ was not involved in the recent battle, as their comrades were sent to protect them from the rampaging Army of B_____. In an effort to escape and regroup in their own lands, Army A_____ is pushing on towards home. They are carrying with them the remains of their baggage train. There are 5 wagons or pack animals carrying essential supplies for the Baron’s army. And the shadows grow long…

Army A_____ must get past this blockade at all costs!

At the end of turn 6, as the sun sets over the battlefield, the remainder of Army B_____ arrives and any forces of Army A_____ left on the table are Captured.

All you have to do is get some silly wagons or pack mules off the board!

The scenario includes a photo sheet with stand-up paper mins for creating a pack-train of mules for your scenario. 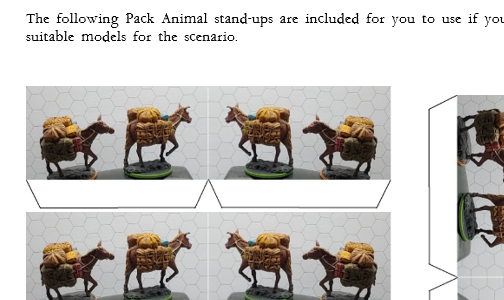 Thanks again, I’m looking forward to having you join us!