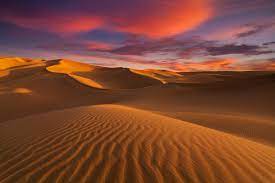 The group decides to use one of the precious vials of Transformed Mother’s Milk to heal Adora. After brief discussion, they decide to resume the search for the Sky Metal objects they have been tasked to find.

The party makes its way back to the Sarcophagus Hall, following it around to what looks like the oldest part, where tapestries with scenes of the construction of the monastery hang between sarcophagi.

They find a hole broken in the wall, which leads to another dead end, with only small, gnawed bones and the rancid odor of the reptilian creatures they found locked in a room yesterday. The hole was behind a tapestry that was torn down, Lieres picks it up to examine it. It depicts 4 monks carrying a large chest or trunk up the hill to the round tower.

Other hangings depict: the Tower, the Hall, the Apiary, the Scriptorium, the Forge, the Barracks, the Stables and the monks’ cottages. The last tapestry is a view of the Apriary, and Lieres decides to go look closer. He pulls it aside and sure enough, there is a wooden door concealed behind it.

A narrow, zig-zagging tunnel leads to another wooden door, that seems to be behind another wall hanging on the other side, as it is hard to push open. When he does so, Lieres hears some shuffling and scuffling, then silence.

The party bursts into the room, prepared to pincushion anything inside, but they find only a deserted laboratory of some kind. Work tables in the center of the room, work benches along the walls, covered with jars and boxes and stacks of folded cloth.

They begin to spread out to investigate and a haggard looking Telantean woman in a black silk robe leaps up from behind a table. There is a brief, barely intelligible exchange, then she climbs upon the table, leaps to the next and attempts to leap over the third in order to attack!

She misses, crashes into the table, hits hear head and slides to the floor. Meanwhile another Telantean, a very sick-looking man in black and yellow silk robes, comes rushing around the far table, shouting and roaring, waving a dagger or short sword. Aziagos steps forward and punches him straight in the face. He drops like a sack of hammers.

They tie ufp the man, and Adora and Kosas approach the woman, tie her also, and give her a swig of water to awaken her.

She tells a wild tale of being trapped in the catacombs, nothing to eat or drink for three days, hearing strange noises, the Cellars are filled with clutching vines that grow into your face if you get too close.

She says something about a bowl called “Press-wawr”, a monastic named Ariona who probably stole a holy symbol and took it to the tower with her flunkies, another warning about the clutching vines, and passes out.

The group decides to return to the camp in the ruined fort, bringing the two unconscious Telanteans with them. They find they are dressed in only their night-clothes under the obviously very ceremonial and elaborate black-and-yellow silk robes. Leaving the catacombs is uneventful, though Lieres hears something, shuffling? Lurching? Down one of the cross-corridors as they head for the stairs. The party flees the dungeon.

Upon return to camp they turn over care of the dehydrated and exhausted Telantean monks to Shavanoxil and Dimble. They then plop down for a nap, as Fatigue has set in.

After the refreshing sleep, Kalder suggests a recon of the broken Tower, since Hildis had said another monk probably took one fo the Sky Metal holy symbols into the Tower.

Entering the tower, they find the furnishings of the first floor have all been pushed into the center of the chamber, as though for a bonfire. It had burned, but not very well, the ceiling above only blackened and charred. A stone stair leads up to the next level and down below the grade. The strange vibration is present here as well.

They climb to the second level, finding a room that appears to have been at the center of the blast that tore the Tower asunder. Nothing remains of any furnishings, a greasy scorch-mark in the center of the floor obscures an unfamiliar hex.

The floating portion of the Tower is about 20 overhead, and a little NE of the base. Lieres is able to toss a grapnel up to the floating section and shimmy up the rope. There he finds the remains of a ransacked study or library and, wonder of wonders, a ladder on the floor.

Moving the ladder to the edge so the others can climb up, he sees it is spotted with bloody handprints.

The rest quickly join Lieres in the floating portion of the Tower. It seems stable and solid. The air is warmer here, does not smell so much of smoke, and the vibration is much less. The broken remains of a bed frame lie in the center of the floor, no mattress. Bookshelves on the wall that bisects the tower interior have been ransacked, scrolls and codices are scattered on the floor. 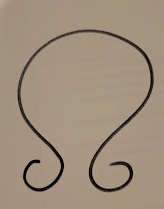 Seeing a door in the wall, Aziagos moves toward it, passing a desk with the Dragon’s head rune freshly carved into the top…

Going through the door leads to a study, with a staircase leading up and down. There are two cots in the western corner, behind a pair of wicker screens. At the foot of each cot is a small chest, both of them have been opened and it appears the contents were dumped on the cots and rummaged through.

The windows that ought to look out onto the bog only show fog and mist. It is distinctly warmer near the windows. The buzzing of the insects, and the odd physical vibration, are both much less in here. The smell of smoke is still strong. Stone stairs against the wall lead up to the next level, the ‘down’ staircase is wrecked.

The next level’s chamber was likely once a study or practice room and a bunk room, but now it is a shambles. The furniture is in disarray, if not dismantled. A “rope” of knotted strips of cloth has been tied around a makeshift anchor beneath a trap-door in the ceiling, leading out onto the rooftop.

A straw-tick mattress lies on the floor near the bunks, it has a couple of good-sized blood stains. The windows are also blocked by a mist. This portion of the tower is almost maddeningly quiet, only the vibration of the dagger-blanks disturbs the silence.

The room is noticeably not smoky-smelling, in fact, there is a dryer quality to the air and a smell of dust. Below the western window there is a scrawl, as if with a finger dipped in ink:

When PCs start moving things around, they notice a thin layer of fine, pale dust on everything. The windows and trap door are hot to the touch.

Impatient as usual, Lieres climbs the knotted fabric ladder and pushes open the trapdoor. A stream of fine dust pours thru, and a blazing bright sunlight shines down from above, as though it were noon rather than mid-afternoon.

Clambering out of the trapdoor, Lieres can see the knotted cloth makes a rope ladder! It stretches out over the edge of the parapet. Looking down it reaches to the bottom of the tower wreckage, where a rope is tied on. The free end swings about ten feet above the sandy desert ground… !?!?

Looking out over the landscape, you should be able to see a lot of the bog and even the surrounding hills. You can, in a way, but dimly, as though they are viewed through smoke or fog. Instead of the expected cool, damp bog atmosphere, the air is hot and dry. The sun is bright, and it appears as though a desert landscape overlays that of the bog!

A brisk, hot wind is blowing, with sand and dust particles stinging your face.

Sand dunes stretch out, without interruption, as far as you can see. The sighing of the wind through the parapets is the only sound. Lieres calls for Aziagos and Adora to join him. They climb up as well, and Adora’s keen eyesight is able to pick out a white wall or structure of some kind, to what should be the NW, and a dark blotch on the horizon, to the NE.

Adora ties her length of Spider-weed rope to Lieres, and he climbs down the knotted rope, dropping the last few feet to the sand. Or, rather, dust, as he sinks in past his ankles.

Aziagos and Adora join him on the sand. From this vantage they can no longer “see” the outlines of the bog, only sand. Adora spots a stick or something protruding from the top of a dune, just north of them. Climbing to the top reveals it is a table leg! Thrust into the dirt. Perhaps it is a marker, as it is in line with the Tower and the dark smudge on the horizon, still obscured by blowing dust.

Lieres pulls the table leg out of the sand and they find a piece of vellum wrapped around the bottom. Untied, it reads:

It is dated three weeks ago…

Aziagos and Lieres are immediately suspicious of “Hildi and Vio”, probably the Telanteans rescued from the Catacombs. Why they would be chanting in what sounds like Stygian, and mentioning Yog Sothoth!! Realizing they have left Dimble and Shavanoxil alone with them for over two hours, the trio decides to climb the tower and return to camp – to confront these schemers.

Sadly, climbing up is more difficult, both Lieres and Adora fall on their first attempts, hitting the soft dust but still taking minor injuries.