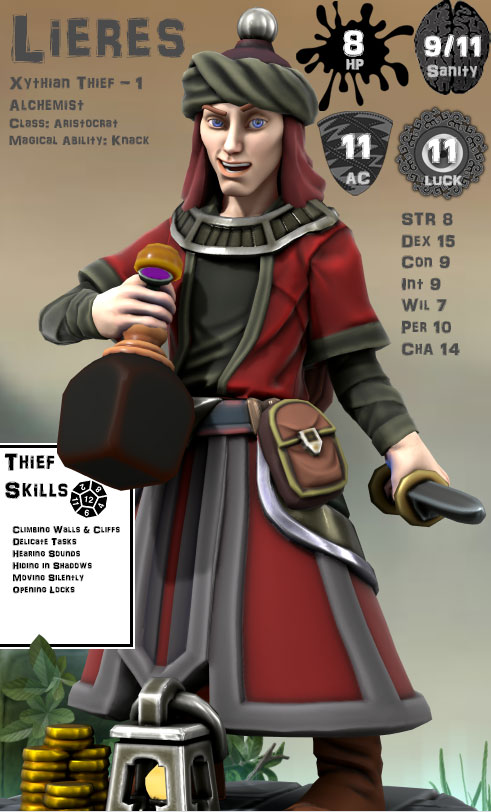 Brian has a fantastic post about playing through the death of a character in your favorite roleplaying game.

Last week while playing Low Fantasy Gaming with the world of weird crew, tragedy struck my thief, Lieres. He was attacked by a trio of grave rats: long, serpentine creatures with heads like a mole rat, and several sets of tentacles instead of legs. They wrapped themselves around his legs and began biting.
While the party mage managed to pull one off, and our dwarf crossbow-woman was able to severely wound another, I rolled a terrible fumble. Lieres, already rapidly running out of hit points, ran a sword through his own thigh. Given the rules we use for death and dismemberment that will leave him with a permanent limp. He fell unconscious.

Then, as he fell his lantern fell and broke, spilling flaming oil in a pool around him. The mage had to spend the round putting the fires out to keep him from burning to death. And while crossbow bolts were sailing overhead, the last remaining grave rat started tearing at his throat.

This post makes me so happy. Not just because I’m the GM he is talking about, but because it hits the nail right on the head when it comes to playing an Old-School RPG the Old-School way.

I chose Low Fantasy Gaming for this campaign due to the simplicity of the rules, the grittiness of the implied setting, and ease of hacking.

Unlike Five-Eee, LFG is not a Character Creation Game. Of course, you need a character to play, but you only create the initial framework at the very beginning. The rest comes out through play and through how the Player responds to GM challenges. This later creation is what Brian is talking about in his post, and explains why he is enthusiastic about the game and the world, in spite of being about to lose his first character.

More characters will die, more will delve into the terrible secrets of the Belowdark, and more excellent stories will be told around digital campfires.

What is your favorite “Character Death Story”? Share in the Comments. 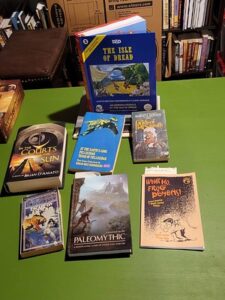