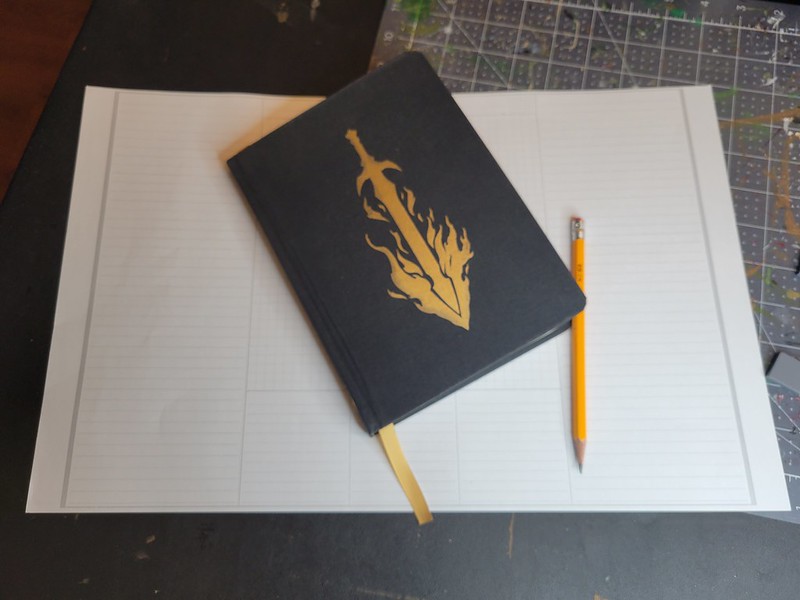 Welcome to the first of the weekly (or so) posts on the #Dungeon23 Project.

I plan to keep a digital journal of each week’s progress, ideally as it happens, to publish on Monday mornings. The first Unit of the megadungeon complex is in Zone 1, home to the Hulking Beast and his slaves/minions.

For some 500 years the Beast has been using humans to mine gold and other treasures from the earth. In that time the original slaves have been bred with Deep Ones from the waters of the Belowdark, creating a new, hybrid race of slaves.

The Deep Ones are the Beast’s soldiers and guards, keeping the hybrids in line, and monitoring the mining and trading with the Bandits of the surface world. The Bandits provide wood and charcoal for the smelting operations performed on the gold ore in the caverns deep below.

The tunnels and passages in Unit 1 are naturally formed from the earthquake fissures created by the great disaster that brought an end to the Dark Elf civilization centuries ago. Where the fissures open up into chasms, bridges have been constructed to allow passage of the hybrids, Deep Ones and the golden treasures.

At the great junctions of these fissures the Deep Ones have set up fortified guard posts, with crenelated walls, defensive pits, sometimes Cave Apes to help defend against the more dangerous sorts of creatures that sometimes follow the cracks beneath the Weirth.

Everywhere is the smell of smoke from the smelters, which even seeps up through small cracks in the ground and leaks out onto the mountainsides.

The passage that leads down to the mine is relatively well-traveled, the “monsters” to be encountered are simply subterranean creatures that mostly leave the hybrids and Deep Ones alone. Outsiders, such as humans, or forest creatures, are quickly scented and hunted down for food.

Here are the complete pages for the Dungeon23 Journal, Zone One:Unit One. (and, yes, I am planning on sharing this all as one big PDF when it’s done!) 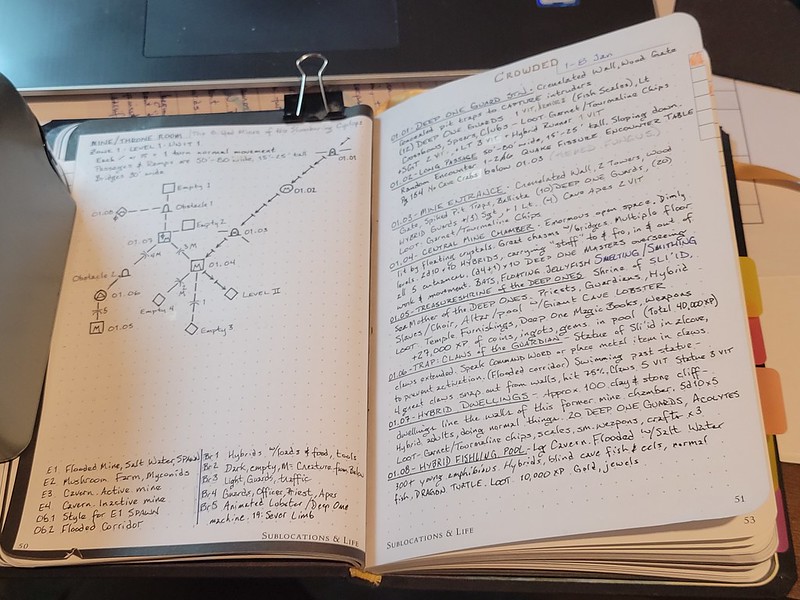 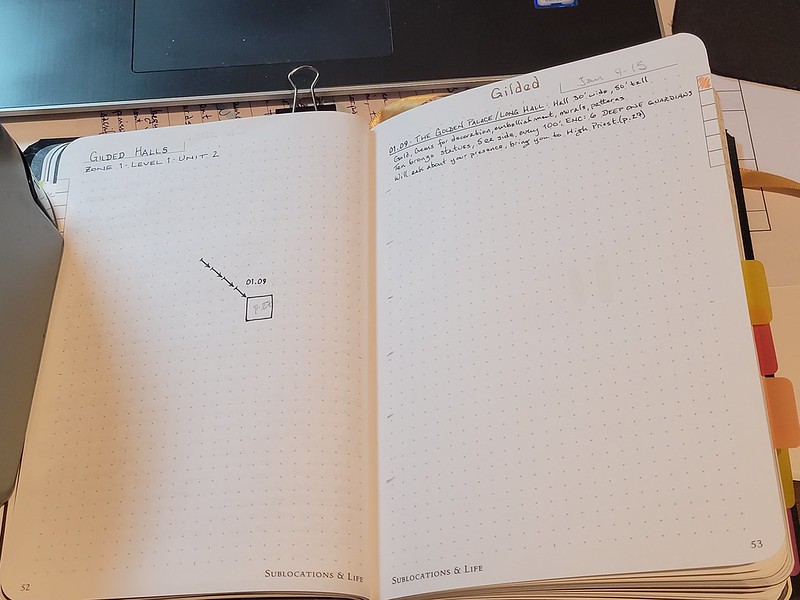 The complete album of my #Dungeon23 photos on flickr