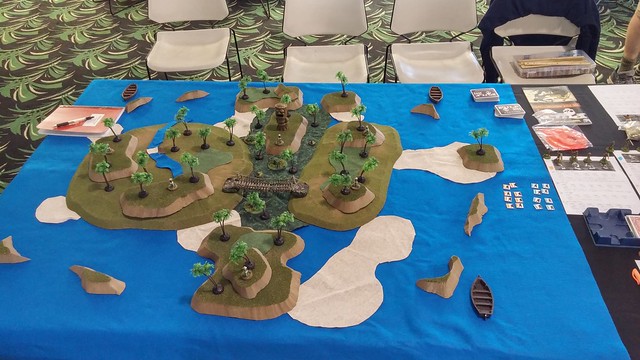 The pirate Captains are racing to this flyspeck island, following maps they believe will bring them great riches. Each pirate has a partial map, and none of them know the others were coming. It’s a race to gather as much loot as possible! 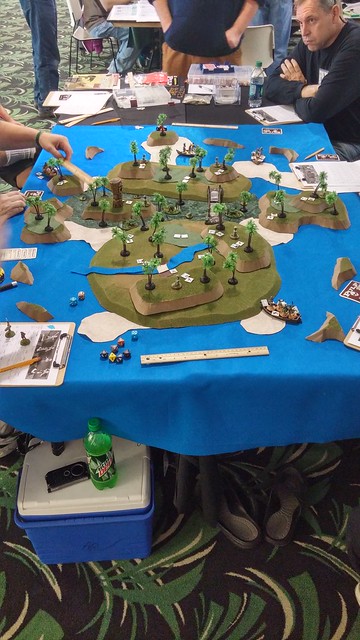 The pirates soon discover the island is not uninhabited! Calico Jack’s crew is attacked by natives. 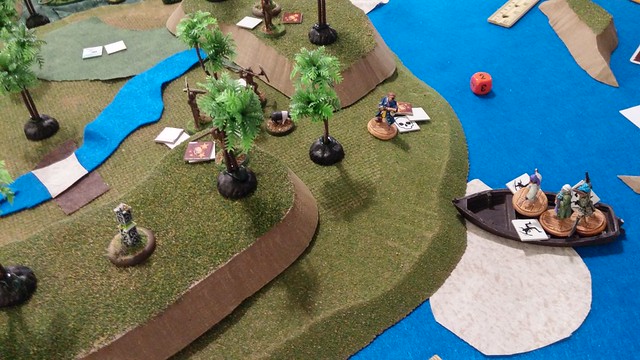 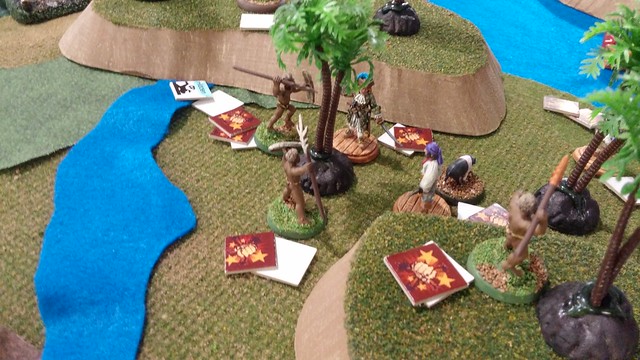 The Breadfruit Queen may be nearly naked, but she is far from helpless. 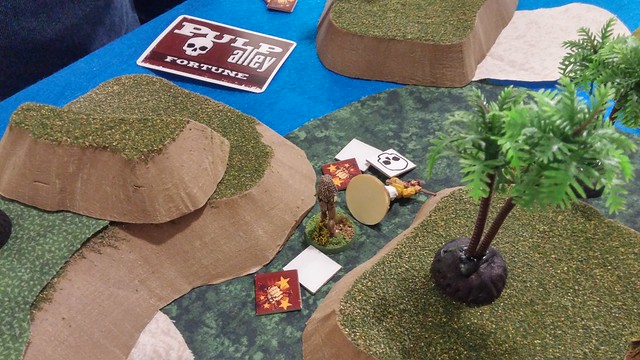 Mary Reede and Smee begin loading their loot on the rowboat. 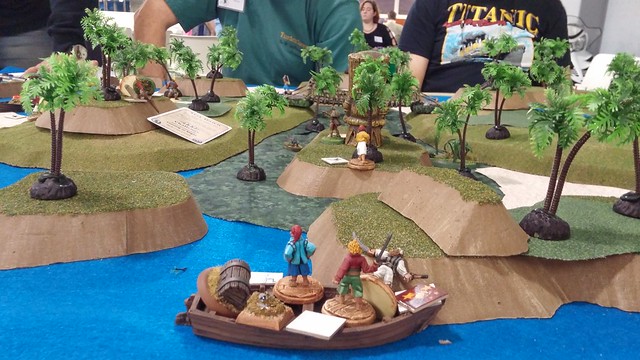 Calico Jack is in big trouble! 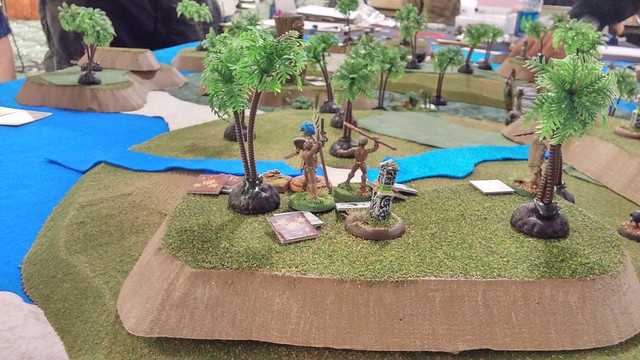 The other crews are collecting treasure too. 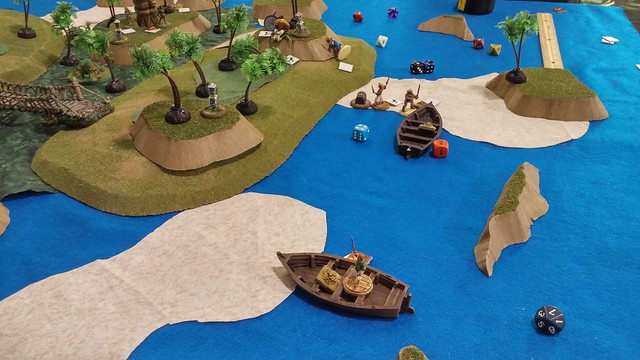 In the end the Natives garnered 5 VP for taking out pirates and retained 4 of the treasures.

The pirate crews managed to recover a total of 8 treasures, with Mary Reede’s crew collecting 4, while Quartermaster Jim’s crew didn’t get any!

One thought on “AAR: Treasure Island at Carnage Con”