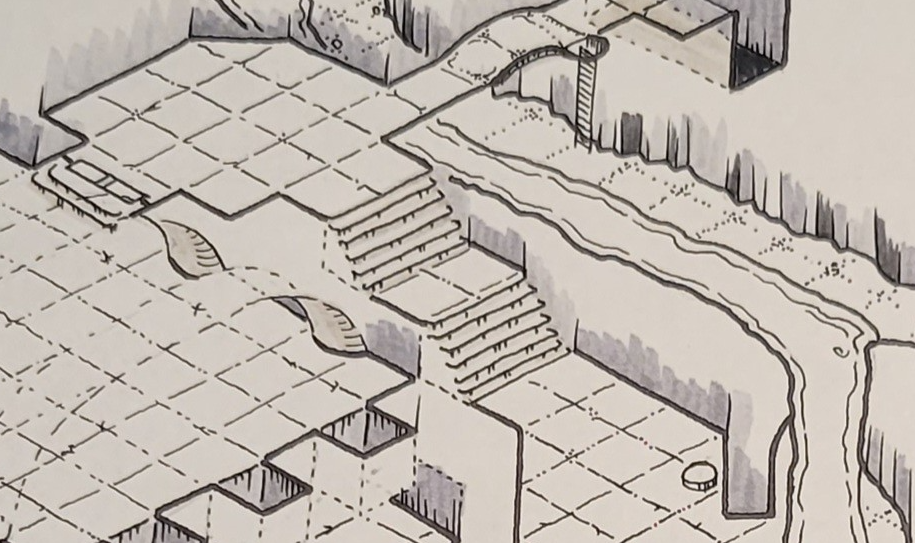 I found a dungeon online, (heh, of course,) created by @DysonLogos, as part of a Dungeon keying carnival (that I sadly failed to bookmark, apparently!) and I have decided to use it for practice in a couple of areas. First, drawing an isometric dungeon, for the experience and to experiment, looking for my “style”. 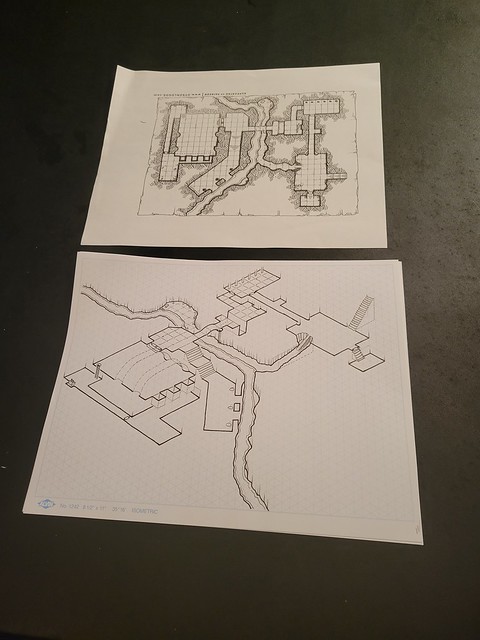 Step One: transfer to isometric paper

I can also use it to discuss the idea of a PATH through a dungeon, and how to make it more exciting and interesting. 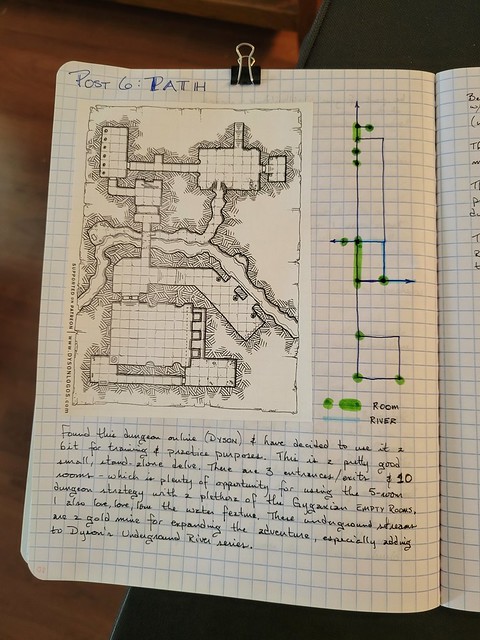 Before I started thinking about creating a Key, and stocking this little dungeon with monsters and traps, I drew out the schematic diagram of Melan’s simplified dungeon view.

(which I learned from the article at this link, dungeon diagramming, by Melan)

…a graphical method which “distills” a dungeon into a kind of decision tree or flowchart by stripping away “noise”. On the resulting image, meandering corridors and even smaller room complexes are turned into straight lines. Although the image doesn’t create an “accurate” representation of the dungeon map, and is by no means a “scientific” depiction, it demonstrates what kind of decisions the players can make while moving through the dungeon. Briefly going over basic forms, a dungeon may look like any of the following, or be made up of several such basic elements:

The diagram shows three loops, two of which are nested, which definitely makes the exploration much more interesting. To me the nested loop is extra-special due to the presence of the underground stream, and how it flows in and out of the dungeon.

This map is a pretty good example of a small, stand-alone delve. There are three entrances/exits and ten rooms, which is plenty of opportunity for using the 5-room dungeon Strategy and still have a plethora of Gygaxian Empty Rooms.

These underground streams are a gold mine for expanding the adventure, especially adding to Dyson’s underground river series. (Which I am dying to steal and add to the Griffon’s Nest MegaDungeon…)

The stream itself is very dynamic, as there are five ways to access it. 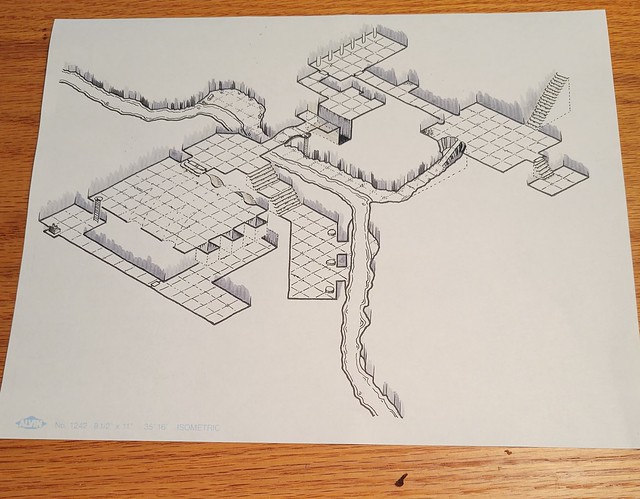 The presence of the stream is a fantastic opportunity to make a special random encounter table for any wandering monster checks that occur while on the stream, on the shore, or in the Statue Room. I will be keying this dungeon using two resources: Ruins of Hyboria and Tome of Adventure Design. I’ll share that process in a future blarg.