Getting some more done on the Yangzee City peeps:

The Karlovs have fled the Revolution in their beloved Russia, fleeing all the way to Vladivostok before setting sail for Yangzee City. The Count and his daughter, Aleksa, have set up a Salle d’Armes where they hope to train the children of other European residents in Fencing and Riding. 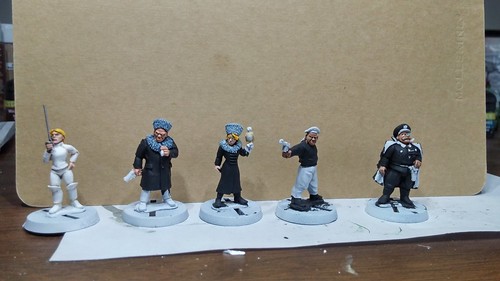 Jaquie Cutter’s Crew operates a cargo and passenger service between Yangzee and Bora Gora, among other islands in the nearby archipelago. 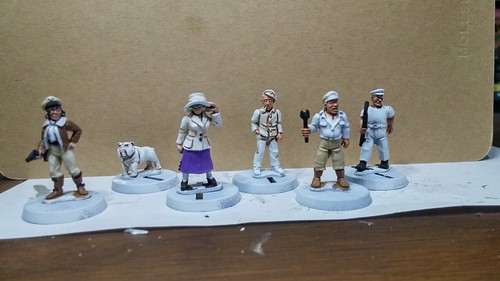 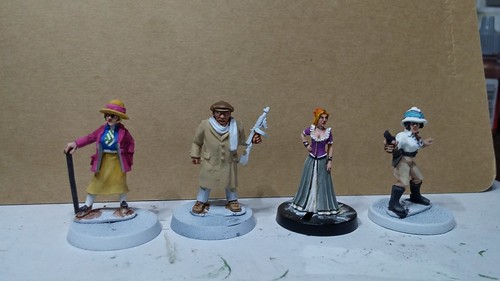 The Brotherhood of Anubis has come to Yangzee to recover some ancient artifact, believed to have been taken from them by the Sisterhood of Kan-Yin 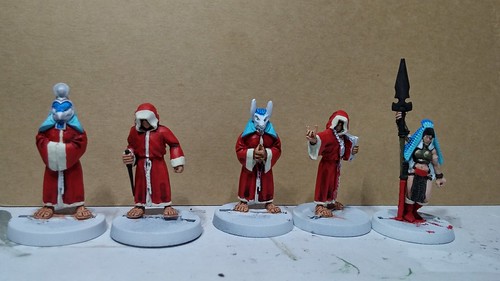