Dael Kingsmill has a great video about rules for squires on YouTube. I recommend watching it (as well as her other D&D chats, she’s got some super-creative ideas). I’ve taken her thoughts and elaborated on them a bit, in order to make a Squire program that feels a bit more Old School. This is also a more streamlined and generic concept for an Apprentice Program that should work for any character class.

Your DM will let you know exactly how and where the Apprentice arrives, looking for training, in a way that fits into the campaign. The Apprentice program usually includes young men and women about 13-15 years of age, possibly older depending on the campaign. These young people start off with juvenile Ability Scores of 11 across the board (unless the DM has a narrative purpose for increasing/decreasing one or more abilities).

The Apprentice will accompany the PC on any and all adventures, as an assistant, valet, and student. They are not able to join in any combat, barring extraordinary circumstances. The Player will direct the Apprentice’s activities during sessions, though the DM will control any Social Interactions with other NPCs.

The Apprentice will learn and develop their Skills and Abilities while the PC acts as a Mentor and teaches by example. Each time the PC earns a new level (2nd thru 5th), the Apprentice will also “level up”, benefiting from new skills and increased ability scores. The Apprentice will begin play as a 0-Level character, advancing to 1/8 – level, ¼ – level, ½ – level and finally First Level.

Physical Track: the Apprentice develops their Strength and Dexterity, focusing on drills and exercises of a physical nature. Add +2 to either Strength or Dexterity Ability score, add +1 to the other score, then add another +1 to one of the remaining four Ability Scores. During this period of training the Apprentice will gain skills such as using weapons and armor, building things with tools, and negotiating obstacles.

Practical Track: the Apprentice develops their Constitution and Charisma, focusing on assignments and exercises designed to develop maturity and confidence. Add +2 to either Constitution or Charisma Ability score, add +1 to the other score, then add another +1 to one of the other four Ability Scores. During this period of training the Apprentice will gain skills such as horseback riding, courtesy and protocol, traveling and resource management. 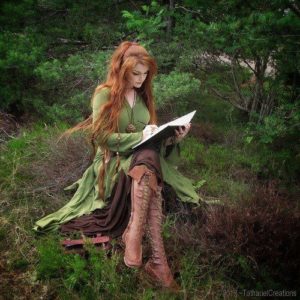 Academic Track: the Apprentice develops their Intelligence and Wisdom, focusing on reading, writing and metaphysical meditations of an intellectual nature. Add +2 to either Intelligence or Wisdom Ability score, add +1 to the other score, then add another +1 to one of the other four Ability Scores. During this period of training the Apprentice will gain skills such as sums and figures, history and natural philosophy.

As there are four training periods, the PC may choose which track to repeat for further, advanced training.

During the entire duration of the apprenticeship the PC is responsible for the upkeep, clothing, equipment, room and board, and general well-being of the Apprentice. This is generally at a Modest to Comfortable level, at a cost of 30-60 GP per month. Your campaign or PC background may increase or decrease this amount, based on Social Class, religious obligations, weapons and armor, material components for spells, etc.

In addition, with changing conditions this expense may vary from month to month and level to level. Your DM will give you more accurate information.

How the Apprentice is treated in terms of upkeep and training will have an effect on their Morale and Loyalty. The DM will determine a starting score for both and keep them secret. At each new level the base Morale and Loyalty scores will be modified due to general treatment, upkeep, and quality of training (See AD&D DMG pp. 36-37, 67).

Unlike a Hireling or Henchman, an Apprentice has no expectation of pay, nor a share of treasure or loot. There is a contractual agreement that the Apprentice is receiving very valuable training from the PC. Of course, any gifts of gold or equipment will be much appreciated and have a positive impact on Loyalty and Morale. The DM should make a Loyalty check at each level-up, and in any other situations where an Apprentice’s Morale may be affected negatively (See Typical Loyalty Check Situations, AD&D DMG p. 36; Special Considerations, AD&D DMG p.37).

An Apprentice that is being poorly treated by their Liege and fails a Morale or Loyalty Check very well may run away, deserting the Liege. If the situation is dire enough, the erstwhile Apprentice may return to attempt to exact revenge upon their former Liege.

Upon completing their four courses of training the Apprentice will graduate as a First Level NPC in the character class of their Mentor. There should be an investiture ceremony of some sort, as this is an important moment in any young person’s life. 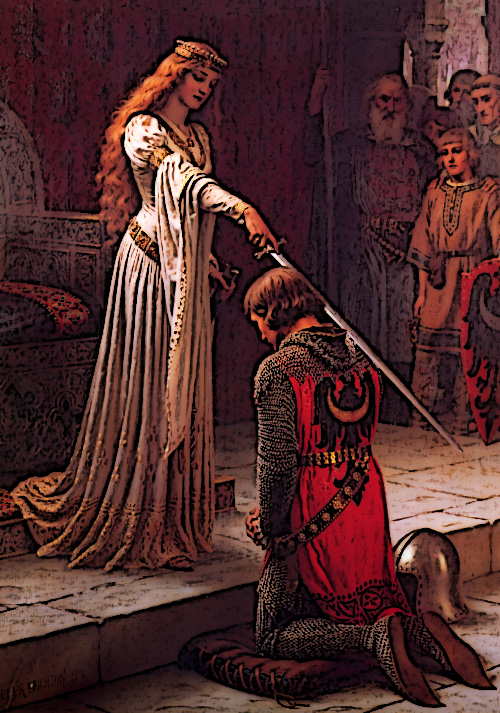 Upon graduation, the PC is obligated to send their protégé off into the world fully outfitted with weapons, armor, equipment (for example, a M-U Mentor would provide a new suit of clothes, a spell book, some material components and some coin. A letter of introduction to a friend or acquaintance can be helpful for the NPC Initiate to start to make their own way).

Afterward, the former Apprentice becomes a full NPC under the control of the DM. Typically these newly invested NPCs strike out on their own, to make their way in the world, possibly taking on another Page of their own as an Apprentice. The DM should make a note of the Loyalty score at the end of the apprenticeship, to guide communications and interactions in the future.

At this time the PC may take on another Apprentice, beginning the process all over again. In this case the 0-Level Apprentice ‘Levels-up’ as the PC gains XP, following the chart for Levels 1-5.