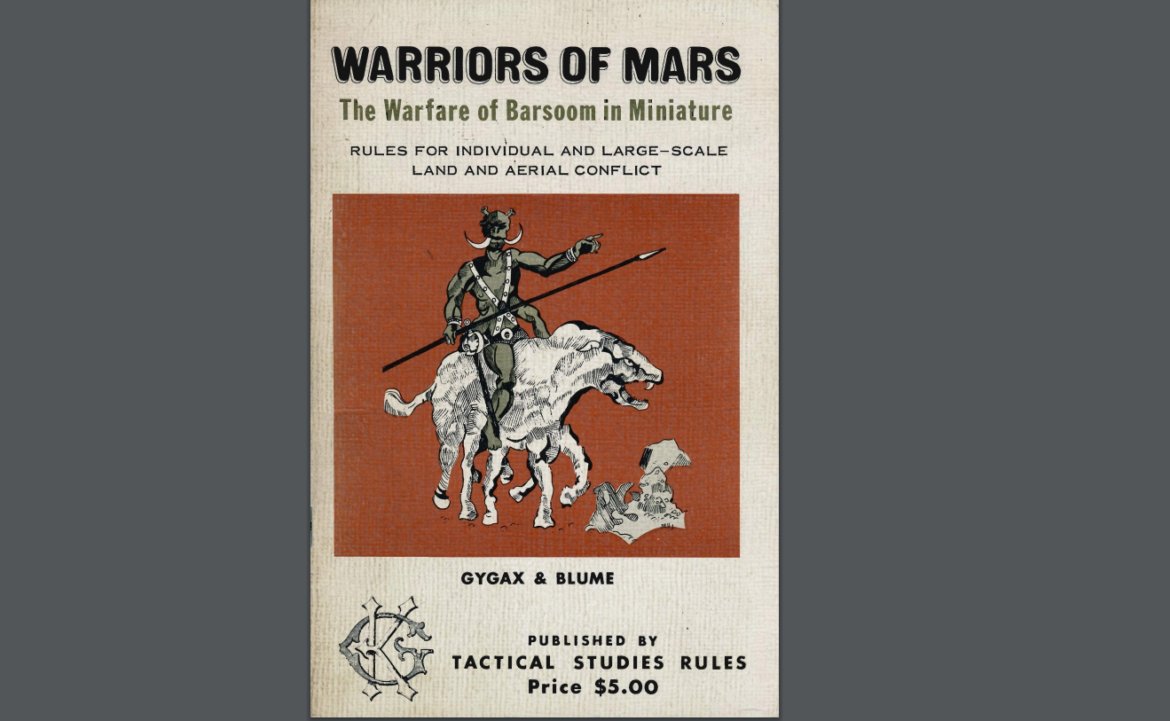 The RPG Sage and I sat down to discuss and play a game of Warriors of Mars, a miniatures game by TSR from 1974. There is not a lot of information on this game in the interwebs, so we did the best we could!

The paucity of rules and dearth of articles or videos on this game reinforces our belief that there is a large piece of information missing from these early games, which is a shared cultural knowledge of a “basic” format of wargaming that was simply understood by the players of the time.

It is in the MOVEMENT TRAYS AND ORGANIZATION section where things start to get really exciting. Basing standards are a little iffy, but basically 1″ square for one Human mini, 1″x2″ for a Green Martian Infantry or Human Cavalry, and 2″x2″ for green Martian cavalry. It then goes on to say that you may “mount[ing] all troops on the same size stands according to the following ratios: 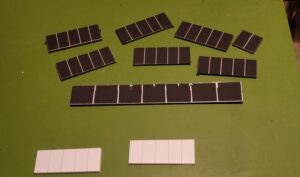 This leads to the rules on formations, pages 8-9 in the booklet. These have no indication of any strengths or weaknesses, nor do they seem to affect movement, other than changing from one formation to another. Once again we have an indication that these old TSR rules are built on a set of assumptions from the existing Napoleonic gaming culture in the Twin Cities and others who were likely using the Strategos N ruleset for large scale battles.

Here are a few resources we did mange to find about this game:

PDF of the full versions (Vol. I & II) of Strategos https://www.google.com/books/edition/Strategos/06tAAQAAMAAJ?hl=en&gbpv=0

RETROSPECTIVE: Warriors of Mars by Gary Gygax and Brian Blume

A whole new game! Random Generators and a vast array of other info and his own gaming rules for mars https://dungeoneering.blogspot.com/2016/02/mars-random-generators.html