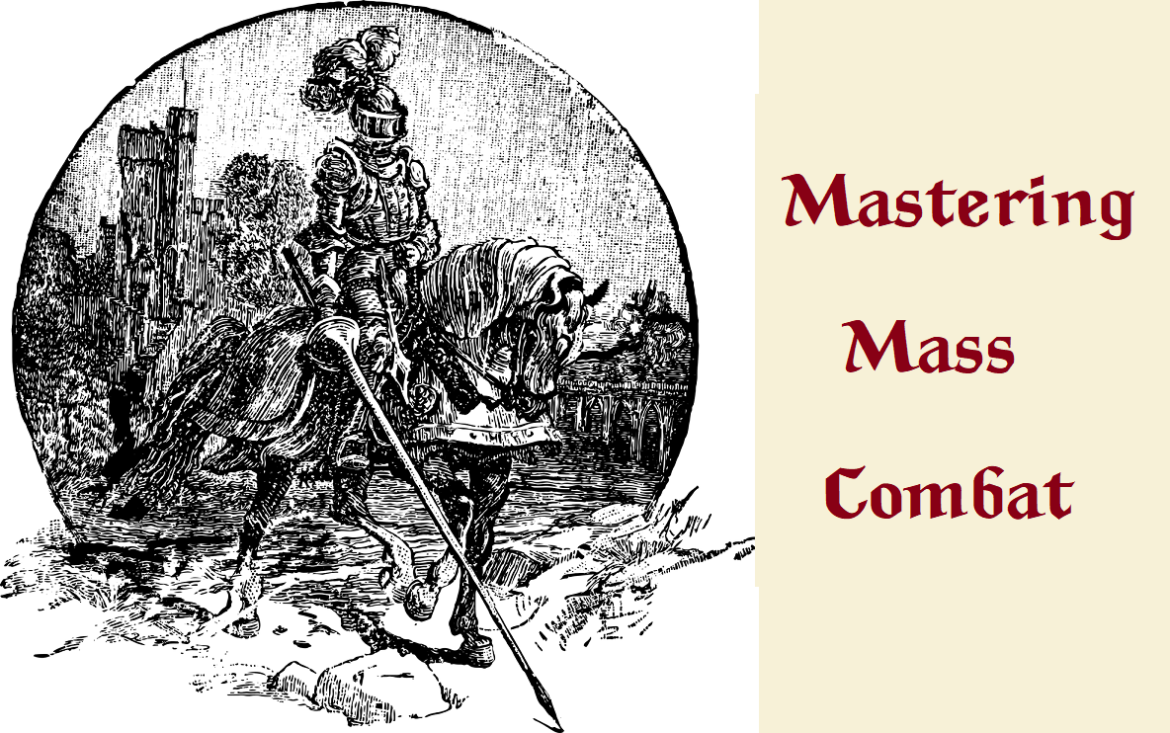 Two neighboring Domains have been involved in a trade dispute for nearly a year.

Baron A_____ has had enough! He has lost all patience and in the Spring of the year mustered his forces and sent them into the Barony of B_____ to seize the disputed resource area.

Baron B_____ called up his own bannermen to defend the domain, meeting the army of A_____ on the Fields of Aprikoosit.

The overconfident and headstrong general of A_____ was defeated, his strategy thwarted, and he was ignominiously captured by the Golden Guard of B_____! A_____’s army was forced to withdraw from the field, leaving behind a small force to defend the retreat.

This Campaign Carnival is based upon the article, “Scenarios for Wargames”, by Geoff Curran in Wargames Illustrated #57, June 1992. 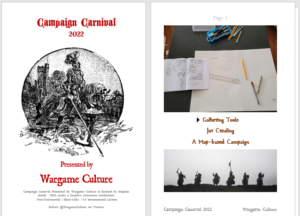 There will be four scenarios, played in sequence, with the results of each battle informing part of the set-up of each successive battle. The linked scenarios in the article were described as part of an effort to create games with realistic objectives for victory (for either side) that feature unbalanced forces.

The “Carnival” part of the title refers to the practice of having multiple other parties play the actual games, then report the results to the referee. These reports may be published on the Wargame Culture youtube channel as part of the Wargames Campaign Design series.

The goal is to discern best practices and create a template, or guide, to running a refereed, map-based, miniatures campaign. More importantly, we will likely find holes in our knowledge and experience, questions we didn’t know we had!

All of us participating can learn from each other, and in turn, share this knowledge with others.

Rules of Play and Participation

Participants are encouraged to use miniatures for these battles, and are free to use any rule set, miniature scale (6mm – 15mm – 28mm) or format, even pencil-and-paper-theater-of-the-mind! Any era or genre will be accepted. Mass battle or skirmish rules are AOK!

Each Gamer will have 2 weeks in which to play out the game scenario and create a short After-Action-Report for the referee.

This need be no longer than a paragraph or two, outlining: 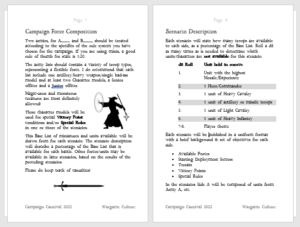 All AAR will be reviewed, and any that are shared or published may be edited for clarity and consistency. Publication at the blog, Stephen’s Hobby Workshop [http://journal.stephenpsmith.com/blog] will be via Creative Commons, Share-alike, Attribution, Non-commercial license.

This is not a contest, nor are there prizes. Except, of course, bragging rights!

PDF Zine of Campaign Carnival 2022 Rules and Scenario One

Campaign Carnival Rules and Description on the itchio download store. The WIP PDF zine version of the Carnival rules is free. At the end of the development process, you’ll be able to order a physical copy, with some other goodies in the package!

Thanks for watching and I am really looking forward to hearing about your games!