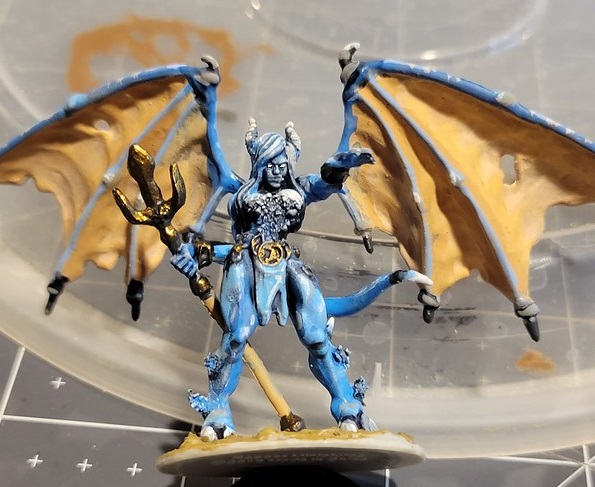 I’m getting a lot done around the house, and making great progress on my physical therapy. I get stronger every day.

I’ve been busy painting, and here is what I’ve been working on:

Finished up these 6mm Lizardmen and Beastmen. I might try to sneak in a small Chainmail battle with them, while I work on the Warmaster Empire minis 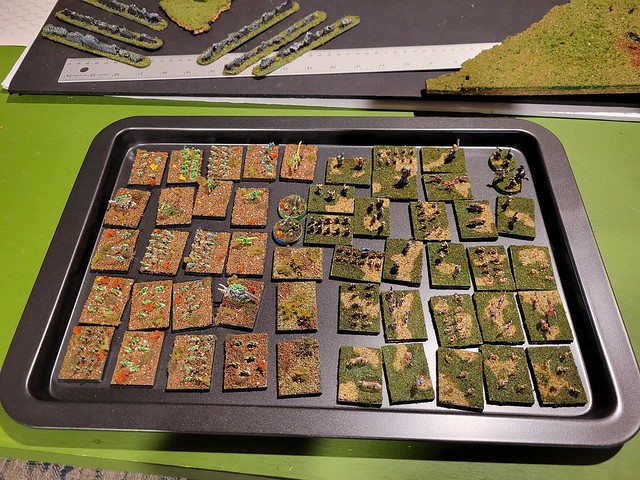 Some terrain, hills and walls/ruins 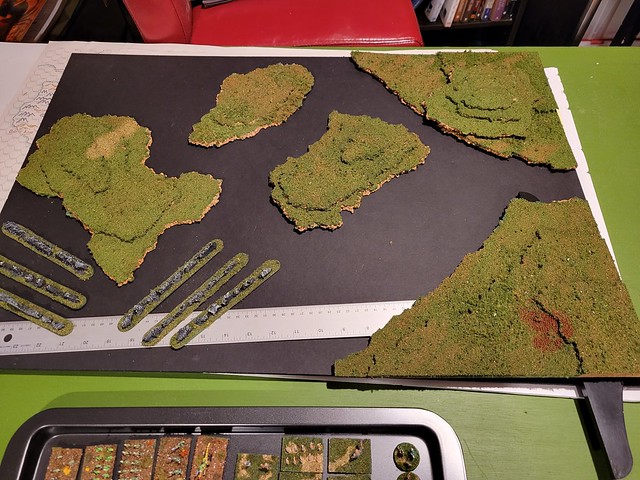 I LOVE this triceratops! 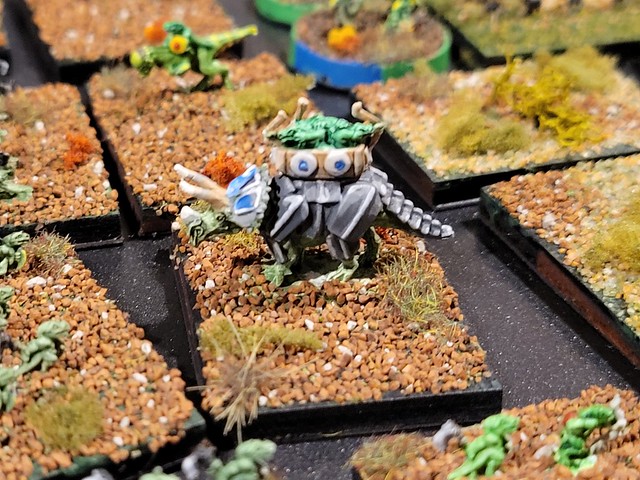 The Blue Team for Warmaster/Chainmail is complete (except for the bases, I’ll do all of those together so they can be coordinated) 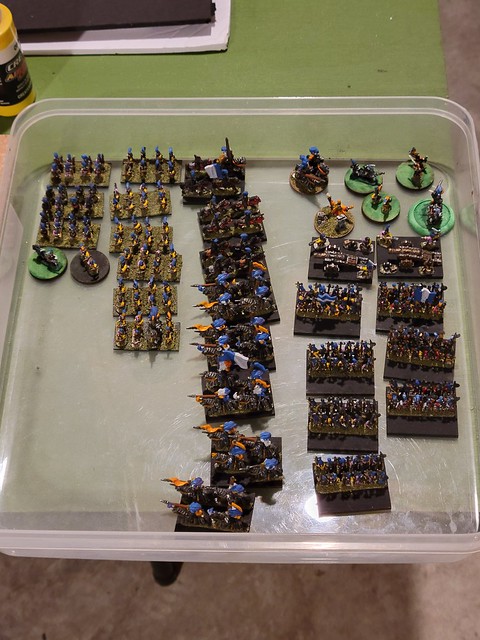 I left the Crossbows and Handgunners on the 20mm x 40mm bases, as they are missile troops and not likely to be moving that much. The important part is the 40mm frontage. 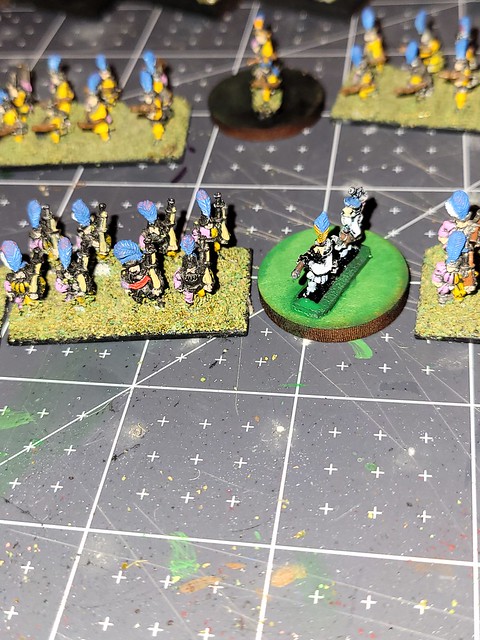 This is the Red Team, recently moved to the workbench 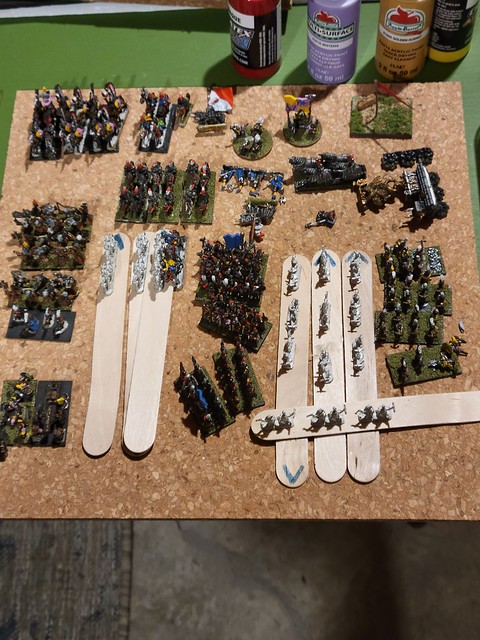 Last night I finished up these demons, they’ve been languishing, half-painted, since June! 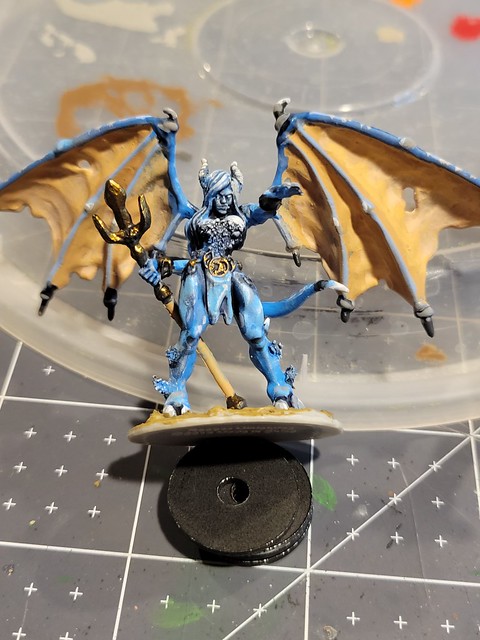 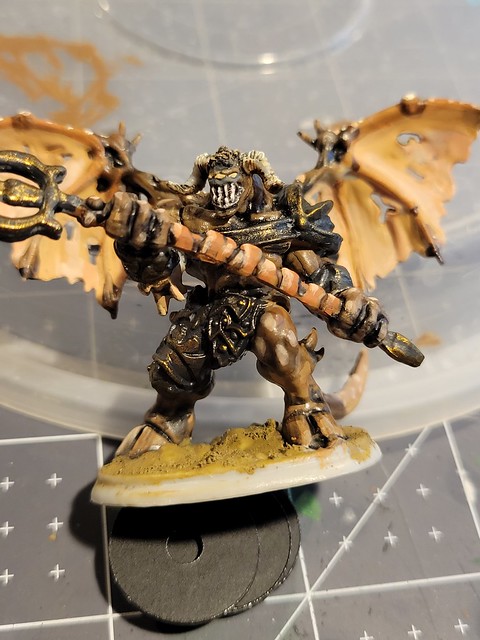 When the Red Team is done I will get started on the Napoleonic Prussians. These will all be mounted on mass-battle bases, probably 30mm x 60mm. The 60mm frontage is the same used by the Warlord ACW Epic Battles game, and since I’ll likely continue using the Black Powder rules, everything will be uniform.

Until next time, PAINT ON!