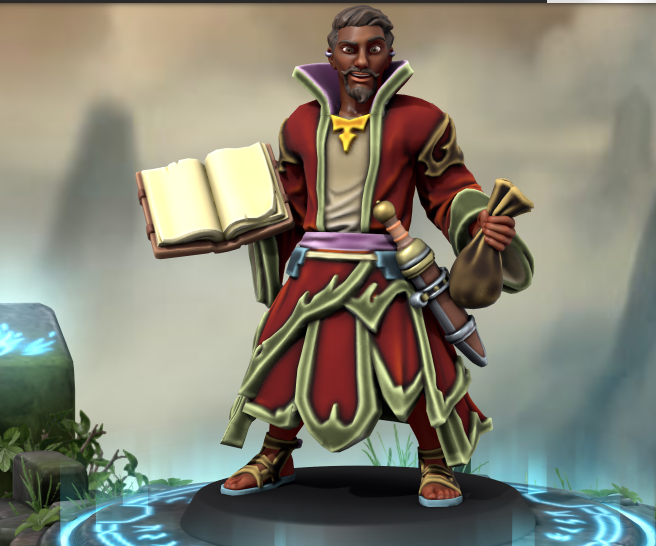 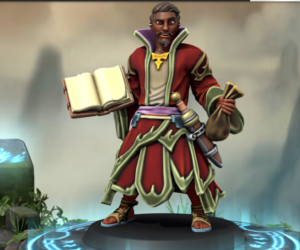 An important figure in the World of Weirth, Ris Balthus.

Balthus is a Telantean male, a friend and business partner of Goravir Ploon. He has a mildly antoagonistic relationship with the wandering merchant Herethrudr. He doesn’t trust her just yet. Balthus is a Lieutenant in the Smuggling Faction known as the Iron Ring.

In an early adventure in the campaign he hired the PCs to “inventory” Herthrudr’s wagon. The PCs discovered that she was a bit more than she seemed, and was carrying several highly illegal items. They chose to keep their mouths shut about it!

Balthus later steals the wagon to re-sell on his own in Laralasbol. The Sisterhood of the Raven were Herthrudr’s intended client. They are not happy about the lost shipment.