For today’s post (actually, it was going to be Wednesday’s, but I got bogged down in needed to create something new) I chose the word SUPPORT.

My current World of Weirth Campaign is a playtest of a Swords-and-Sorcery “hack” of Low Fantasy Gaming. The players are currently running two or more characters, plus the most recent escapade involved hiring some Porters, Drovers, and Guards in order to efficiently and effectively complete the exploration and exploitation of a dungeon site.

We are doing the same thing in an ACKS campaign I am playing in on Weds. but on an even larger scale. We’ve had some really tough wilderness encounters in the lawless Borderlands, that have led to some PC deaths (yes, plural). To counter this our party has started building a combined arms mercenary force, Infantry, Cavalry, Dragoons and Cataphracts. I have a feeling this little force may turn into a monster in its own right. We may become enemies of the state!

The idea of Henchmen, Hirelings and Mercenaries to accompany the party goes back to the beginnings of the game. I have to say that as a youth I was never really into the idea that Henchmen and Hirelings were very useful. In the past year or so, since I started playing again, I have seen just how they can be of supreme importance in a deadly serious campaign.

Part of the challenge of the game is overcoming obstacles of all sorts. This involves Player skill just as much as Character preparation. For example, dungeon-delving requires some specialized equipment AND sophisticated tactics (well, maybe not sophisticated…). One character usually can’t carry everything that a party might need. So, for my own character and the henchmen, we carry: extra torches, oil, holy water, rope, spikes, hammer, grapnel, chalk and sometimes a pole arm with a spike, a hook and a blade – very useful.

Don’t Go into the Jungle Alone! 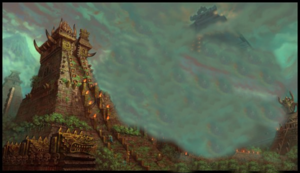 The Land of Terror campaign will be focused more on the Wilderness exploration type of adventuring (don’t get me wrong, there will be plenty of lost temples and cavernous lairs!). Just like the dungeon, the wilderness has it particular dangers and challenges.

The native islanders who will make up the large proportion of PCs will have some natural immunity to the infestations of the jungle, but disease and infection will remain powerful challenges. There will likely be an NPC Faction devoted purely to combatting illness and poison.

One of the most exceptional features of the island culture is the Zombie Master, a spellcaster of Level 5 or higher, “who heads the Cult of the Walking Dead” in each village. The Zombie Master holds a position in village government, alongside the Chief and Clan Elder, and can be in a fantastic position to SUPPORT the PC party in their adventures. The Cult of the Walking Dead is a secret society within each village who creates Zombies for labor or for spare warriors. This sounds like the perfect type of Hireling!

I did a little research on this spectacular feature of the Isle of Dread module, and found very little in the way of blogs or articles that expand on the Cult of the Walking Dead in a significant manner. (Please leave a link in the comments if you know of any good sources!) This post is super-late because I had to create my own!

Beliefs: Our time on Weirth is set aside for achieving a gods-given goal. When this goal has been accomplished our soul is eligible to ascend to the next world. When a person is prepared to go, or if an accident happens and the could is forcibly sundered from the body by death, the Cult will perform an ancient ceremony to free the soul. The body that is left behind belongs to the tribe. The Zombie Master then Animates this body with a magical essence and it can be used for various functions until it breaks down or wears out. 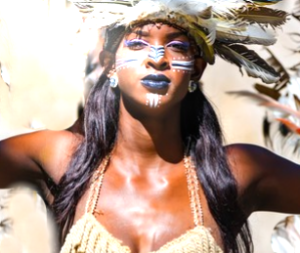 Organization: The Zombie Master is the leader of the Cult and holds a high position in the tribal government. Each of the tribal Zombie Masters is also part of an even more secretive group called the Conclave of the Forbidden Sepulchre. This conclave is led by an ancient Zombie Master of very high level, one who has passed the Trials and ascended to a kind of magical enlightenment. This Necromancer Most High is also the keeper of the great Oracle of Bone, a sacred, hidden place of powerful divination magic.

A Cultist Priest is one of the secondary leaders of the organization, commanding zombie soldiers or guiding zombie creation ceremonies.

A Cultist is a 0-1 level member of the Cult who is able to work magic and can assist in leading/directing zombies or transferring Spellburn power. The best and brightest of these are able to become Priests.

The Layman Cultists are the most numerous. They belong to the Cult for they believe they have identified their Holy Goal and are working to complete it. most hope to complete their Goal quickly, so as to still be able to give their body in service to the Cult and Tribe. 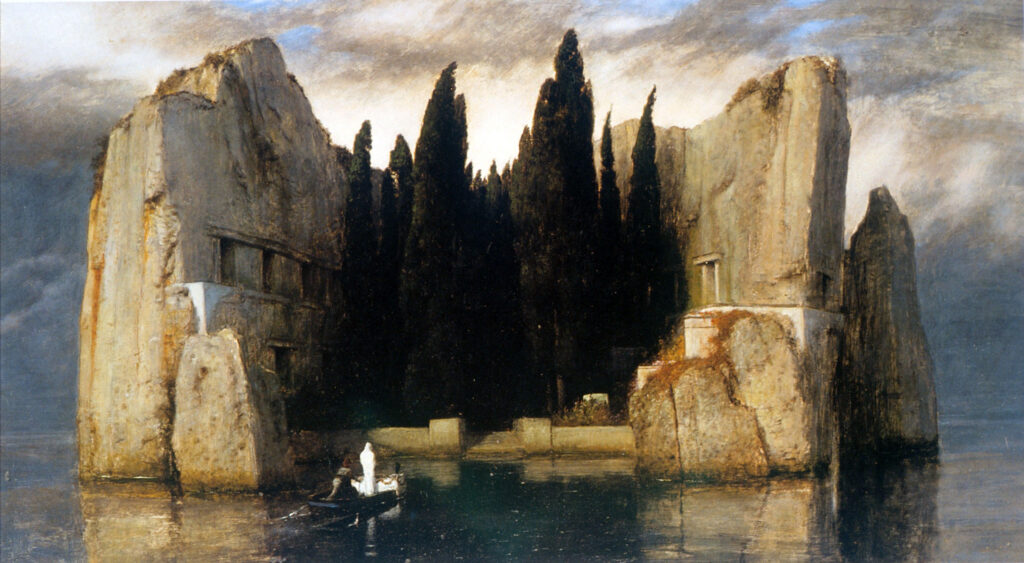 The Cult of the Walking Dead uses a heavily Necromantic spell list, as you may expect. They also use some Divination spells, such as Augury or Speak with Dead (at the Priest level). Zombie Masters and the Necromancer Most High have access to further Divination spells from additional demonic sources.

Death Seekers and the War Against the Returners

Some of the most qualified and favored Priests are invited to become Death Seekers, hunters of undead in all of their forms. Talented with magic and motivated to rescue and restore souls that have been lost or trapped on Weirth due to the lack of a Lamentation ceremony.

These Warrior-spellcasters are highly trained and motivated to seek out and neutralize Returners, to lay them to rest, and send their souls on properly. They are often armed and equipped with special weapons and equipment. The Death Seekers are most likely to be among the few native islanders that will venture north of the great wall of Tanaroa.