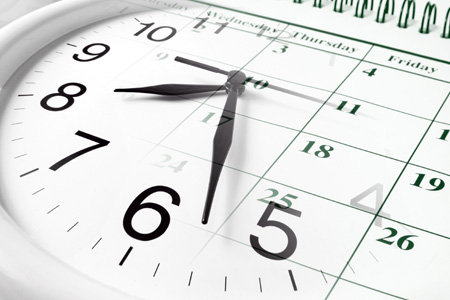 As this Samm-Puul adventure wraps up we will be transitioning to a 1:1 Time schedule, where one day in the game world equals one day in the ‘real world’. For example, last session ended with the party back in Zan’s Forge on 35 Zazel 573. They needed a couple of days to rest up and heal, then they could start doing things in town, such as selling treasures, learning skills, buying equipment, etc. 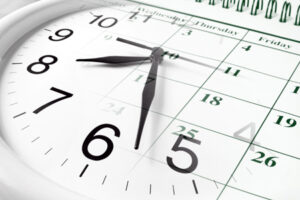 Seven days later will be 6 Hielik 573 (this Thursday), which is when we will resume campaign play. There is a chance that some characters may not be available for that session (such as Lieres, who needs to level up and needs nine days of training to do so…).

It sounds confusing at first, but it adds an amazing dimension to the game and I am very excited to introduce it here. Today’s post marks the first Downtime Activities in this transition.

1 Hielik, morning: During the meeting with the Baron Lord Zan he thanks you for your service, he seems glad to know of the status of the monastery and is intrigued by the tale of the floating castle. When you mention that, he shares a glance with his sorcerer, Ris Vitae.

The lady knight from the castle who visited you on the night of your return from Samm-Puul invites Hildis and Vion to accompany her to another chamber, in order to give more details about the layout of the cellars and catacombs.

At the end of the meeting he has one of his attendants distribute pouches of silver to each of you (10 pouches of two pounds ! of silver each! 1,600 SP total)

Lieres’ first priority is selling any loot we acquired that is purely monetary in value and adding it to the ledger.

1 Hielik, afternoon: We will sell the seeds, the topaz, 2 crossbows, 2 daggers, 2 suits  of studded leathery, a chain shirt if no one calls dibs, the black tiles once we have taken sketches and rubbing (we will see if the observatory will pay for them first), a Mace, fine clothing, a silver sickle

While you are going through the items to sell, you find a metal key in a pocket in the ceremonial robes you took from the Green-robed sorcerer’s chests.

Also, Lieres opens the case with the spyglass and takes it out, tries to look through it at Kalder and Dimble, and laughs! “This thing doesn’t work!” he shouts. Taking a closer look at the spyglass you can see that the open end is set with a highly polished obsidian “lens” and the eyehole part contains a very dark green gemstone of some sort. Looking through it, indeed, one can’t see anything…

Plus 1,600 reward from Baron Lord Zan

Plus 2,000 SP in coin collected in the catacombs

Additional XP from Sales of Items

Kalder and Dimble: Kalder, I hope he can study the Scrolls and Grimoire he found to figure out both the magic and the purpose of the Cultists with the help of his Mentors and Hopefully Dimble.

You two spend some time (completing this will take 3 full days) going over the scrolls and codices that you have recovered.  The scrolls from the chests are quite beyond your level of expertise, though what you can glean is that they are powerful, ancient rituals of binding that require the knowledge of other magicks before one can even cast these. You decide to bring these to the attention of the Sorcerers at the Observatory.

The scrolls from Xochi’s bag are a different matter, they have to do with Astrological signs and Entity-binding (such as the kind one would summon for spellcasting). A specific Entity is named in the scrolls, [Portin nouseva tytär] which is Lemurian for “Ascendant Daughter of the Gate”. The Astrological scroll is an incantation to be performed at the peak of the solar eclipse on 6 Hielik. These two rituals in conjunction seem to be designed to summon a specific entity and then bind that entity into a mortal form.

The Contents of Xochi’s Bags

A small bag, not much larger than a gallon bucket, but seemingly larger on the inside! This contains:

The second bag was more mundane, but contained Xochi’s spellbooks, a scroll case with two long rituals, and some spell components

Xochi’s silver bowl spell focus is carved with Stygian runes. The Astrologers are able to translate them, as a mantra for conditioning one’s mind (Memory Palace:  you can prepare one extra spell which can be retained up to one week, but can only be cast once.)

For the following spells, any of the magic-users will need to roll vs INT: % to know spell, BEFORE they can copy any of these into their own books or prepare/cast from these books. Failure means that you cannot learn this iteration of the spell. We’ll do this at the start of the session.

For example, if Kalder is unable to learn Flames of Efreex at this time, he may be able to learn a spell with a similar effect, such as Demetria’s Hand of Flame, at another time.

(Curse of Bleak Visions) Cause Fear

The Chant spell is altered for the Swords and Sorcery nature of this campaign setting. I have a full blarg about my thought process on creating this new version of the spell here (Spells and Rituals).

(Lysistrate’s Call to the Beyond) Speak with the Dead

There are also formulae for three spellcraft-infused liquid preparations, one for healing wounds, one to cause sleep and one for calming an agitated person.

The second set of books, retrieved from the catacombs and the person of the Green-Robed Sorcerer:

(Agathon’s Hex of Protection from Returners) [This hex requires an animal (or Human) skull and a garnet set within the braincase with a gum made of blood, brains and gravesoil] The hex will maintain its efficacy for nine plus (level)d4 days.

The Ephemeris has a note: a diagram of the stars and schedule of eclipses for the current season (the next one is on 6 Hielik. It shows the star Argamot in the constellation of the Labyrinth, with a notation indicating 11 Zazel, at midnight precisely it was converged upon the Entry Star. In the margin is a scribble (in Lemurian), “the shabolex comes to open the way!! Where is the jewel?” the date 6 Hielik is written next to this, and circled.

Lieres: Then he will spend some time breaking into the case and the bundle.

Lieres decides to tackle the silver-wrapped bundle first, as the acacia-wood casket makes him uneasy for some reason (perhaps because it kinda feels warm…) Carefully cutting the hex-wire, (and passing a Save with flying colors) he unwraps the soft leather wrapping to find a one-foot-long obsidian dagger, the blade bound to a bone hilt with golden wire. There is a small, cabochon-cut flame sapphire set in the pommel of the knife.

Lieres feels a distinct sense of unease, dizziness, and nausea, (makes another Save!) and (wisely) decides to re-wrap the leather around the knife, without actually touching it. He sets it aside to show the rest later…

Feeling as though he has dodged a crossbow-bolt, Lieres turns his attention to the acacia wood casket. The second lock is very tricky, but he is able to overcome it after a few minutes. When he opens the lid of the casket, he sees an object wrapped in black silk, about 8” x 5”, nestled in a bed of dried leaves. Inside the lid, painted in gold, is an elaborate Hex of some kind. Lieres doesn’t notice anything untoward, but…

Whatever Kalder, Kosas, Dimble, Shavanoxil and Arnbjorg (that’s all the M-U’s, right? Except Shadoravan, who is Out-of-Action for the time being) are doing, they sense a wave of cold, dark energy wash over them. Looking to see the source of it, they are looking toward the Boarding House/toward Lieres’ room where he is working on the items from the Slime Pits.