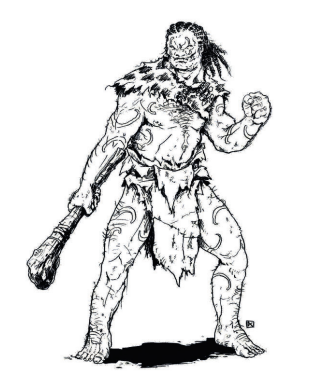 After the battle with the Skarn, it’s time to prepare for getting through the night… 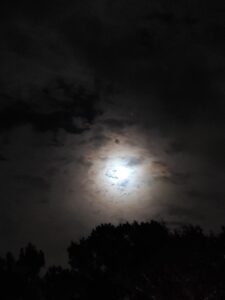 Shadorivan – 1st watch – pretty uneventful, the insects become less aggressive as the air cools, though the buzzing of the cicadas and frogs is as loud as ever. In fact, it seems to resonate in your bones…

Aziagos – 2nd watch – Shortly after midnight a shooting star blazes across the sky, heading west, then it explodes in a burst of sparks and shimmers. There is no sound…

Lieres – 3rd watch – Lieres awakens as the sun is rising above the trees around the bog. It is foggy, visibility is only about 10 yards. Gah, you fell asleep! Looking around you see that the two cavalry troopers are missing from their bedrolls, as is Madeus the Guardian. Crowan the Guardian lies still on his bedroll, a large circle of darkness on the blanket around his head.

They awaken to find Crowan dead, the other Guardian and the Cavalry Troops missing! Shavanoxil is itchy, covered in bites or a rash. From the lice and fleas, shine-burn!
Lieres mixes a burn salve for her, to ease the symptom.

Kalder makes a Finding for Shakerica, it points to Spider Island. They break up the wagon (!!) to build a raft (2 hours) and cross over. There are no encounters…

Arnbjorg notices the cobwebs, and the dome-like shelter created with spider webs and branches. Inside, several dead, hacked-to-pieces spiders the size of horses.

In the center of the spider-web dome is a hole in the ground, with a mossy stone stairway leading down. Adora leads down the stone steps, they find a long tunnel that seems to lead under the water and, left behind by the Skarn, a trap! A pot of noxious Green Slime dumped on the floor, neon pseudopods waving in their direction. There is a bunch of ineffective shooting, finally Dimble gets up there and casts Shocking Grasp. Arnbjorg BLESSES the group, and Adora just can’t contain herself. She shoots her crossbow at the slime, even though Shadoravan is in the way. She’s hit!
The Green Slime hits her too, she fails her save and goes down. Her leg begins to liquefy!

Adora passes her SAN check to avoid losing FORT and charges against the slime with a primal scream. She fumbles and falls, sprain her ankle (-25 % move, -1 to hit, for 4 days)

Dimble must Spellburn to cast Shocking Grasp again (the third time) and he passes his casting check, and manages to torch the slime. However, he has three Fatigue, and is pretty wiped. Hypothermia begins to set in from using his personal energy. Blue-lipped and shivering, he sinks to the floor, leaning against the wall of the passage.

While some of the group keep watch the others try everything to save Shadoravan’s leg. They burn the slime with a torch, but only do 1 HP damage, and the leg continues to transform. So they cut it off.

Amazingly everyone involved not only made SAN checks to do their part, but Shadoravan passed her Luck roll to not just plain die.

They pick her up and aid Dimble in getting out of the tunnel, back up to the surface. They find the boat the Skarn had been using, flip it over and find a bag of meat under it. Lieres throws this into the water, suddenly a wave! A swirl of froth!

The group puts Dimble and Shadoravan into the boat, and tries to decide what to do next…

We were a bit limited on time this week, and we play “Press Pause”-style, rather than the Jeffrogaxian out-and-back-again-in-one-session style.* Stopping in media res like this was tough, but the crewe is excited to get going next week!