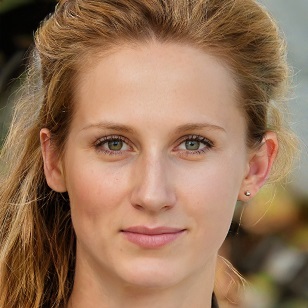 Episodes 20-23: Zan’s Forge and the Mystery of the Crimson Maiden – Interlude

This was an interesting set of sessions. In the first they took a bit to wrap up business in Portasbol, then joined a caravan to Zan’s Forge. They opted to pay to be passengers, rather than guards, in order to rest. Turned out to be a good choice.

Along the way were several points of interest, a Sorcerer’s Tower; a blasted, poisoned crater a mile or so wide; an expanse of mud flats. Scouts reported finding a burial ground, a Battle Memorium was used as a landmark, and they got a bit lost in the rain, having to go around a rocky landscape that may have been the territory of carnivorous apes.
Almost every day they saw flocks of chimerical lizard-bats (pterodactyls) soaring high above.

They didn’t go to the Festival in Laralasbol, though most of their hooks led that way, so they got to ZF a week before the Lord Zan and missed out on the visitation of the Childe of the Gods during the eclipse on 29 Zazel. They didn’t do anything special for the eclipse, just hung out in the tavern. Afterward, they went exploring, following up on some leads from what they had learned/overheard during training (above).

They went to see Belecor Medlek, the traumatized widower, at the Shrine of the Raven, to see if he could give any info about the Crimson Maiden. He told them she has his baby! Grabbed Arnbjorg’s tunic and frothed a bit at the mouth. He then passed out. From the stress.

Shadoravan mentions Jewel and the trip to the “Other Realm”, and how Jewel couldn’t be the Crimson Maiden, she’s nothing special, just a girl with red hair. She went on and on, as though trying to convince herself…

Kalder asked for more information about this “Other Realm” where time stood still and they passed a year. She was a little evasive.

They then went to look at the burned out Medlek home, and were able to speak to a neighboring Goodwife, who was wringing her apron knots about the tragedy of it all, the mother and baby dying and those two, poor boys without a mother now. (Perin and Finn, staying with their grandmother, up on the hill)

While Kalder and Lieres sweet-talked the goodwife, Aziagos looked for tracks or other sign, and Kosas looked for anything that might have survived the fire that belonged to the mother. He found only a singed scrap of cloth. This he made into a Finding for the his magic, and the others went off several separate ways to search for the midwife who disappeared. Or maybe died in the fire.

The men at the Drover’s Barn said no one matching that description had left town with any of the caravans, nor had he seen the midwife around (he knows her, she delivered his wife’s child)

Kalder returned to the Observatory Temple and spoke to his mentor, who gave him a copy of a scroll with the most recent fragmentary portions of the Prophecy of the Crimson Maiden. There is a disagreement in the Order as to whether the Crimson Maiden is an actual woman (or girl), a metaphorical person, an entity of the Outer Darkness or an actual crimson jewel. That may or may not be on fire. Kalder is directed to find out as much as he can, especially if he is able to join the Lord Zan’s expedition to the monastery.

They do not tell him about the Telantean mendicant, Zilovan the Unworthy, who has been roaming the savannah north of ZF for some months, ranting about the “return of the Jewel”.

They do remind him that there is another eclipse, this time the larger, broken moon (Aurabitha) will occlude the sun, on the 6th of Hielik, just 13 days away…a rather inauspicious number. Especially with the nearby influence of the Morning Star.

The group returned to the Inn for sustenance and to share their discoveries.
On the way Kalder decided they should return to the Midwife Xochi’s cottage by the Old Stone Tower and retrieve something of hers that would allow Kosas to create another Finding.

Upon returning to the Inn, the Innkeeper’s wife has a message “for the Learned Arcanist”, which is to report to the Lord Zan’s Audience Hall tomorrow morning at Third Watch (10:00am) and to prepare for a week-long journey.
She asks, “Will you be settling up then?”

Adora and her friend Kossoth arrived as well. Gunnvor, the Innkeeper’s Saringa wife, greeted Adora’s friend warmly, and brought them dinner as well.

During dinner, a group of cavalry officers entered the tavern with a well-dressed older Saringa gentleman (remember that Lord Zan himself is Saringa, and this town has a higher-than-normal proportion of Saringa inhabitants). Of the cavalry troopers, the leader was a Xythian of the rank of Captain, by the red and purple ribbons on his blade; accompanied by a Xythian Swordsman (yellow and red ribbon) and two younger Riders of the Black, a Xythian girl (just a slip of a thing) and a Telantean youth. The ones with black ribbon both looked like they just graduated from the Shepherds, they looked that young.

The older Saringa gentleman took only one small glass of spirits and left the rest to eat and carouse, though they did not stay late either.

With much to ponder, the party members made their way to their beds…