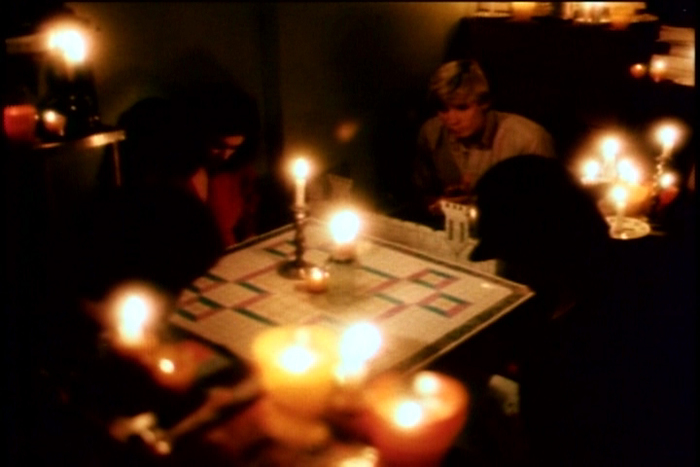 Today I’d like to share a guest post from Travis Miller, who blogs at Grumpy Wizard about Old-School Gaming. We decided to take on the same topic, you can check out my ideas on this on his blog at: Grumpy Wizard – Describe the Monster Last?

A View of the Room

Do you tell the players about the monster or the room and it’s contents first?

Like most questions when it comes to Dungeons and Dragons, my response is, “It depends.”

It depends on the effect or emotional response I want to create with the room and the monster. I try to ask, “What’s it for?” By that, I don’t mean that the room is a kitchen or privy. I mean what is the experience I want the players to have when they interact with this room? The players, not their characters. The emotional response to the game is what matters most to me. 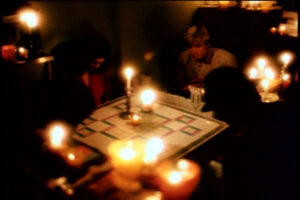 It is fine for a room to just be a room and the monster to just be a monster. If I am running a dungeon crawl that I threw together for my friends at the last minute and it’s a hack and slash, beer and pretzels kind of session then it doesn’t matter much. First or last, it works. We’re hanging out, socializing as much as we are playing anyway and no one is deeply invested in the characters. Taking the time and effort to craft a particular emotional response on the part of the characters isn’t necessary. That’s not what it’s for. The room in that case is for fun. Rolling dice, talking smack and being silly is what that is for.

If I am trying to accomplish something that has a higher intensity like fear, disgust, or suspense then I have to work harder. The order of the description starts to matter more when I am working toward a bigger emotional punch.

There are reasons to describe a room and its contents before I mention the monster. As a player is listening to the description, they are building a mental model of the space. If I were using a virtual tabletop, battle map or dungeon terrain, they might be looking at a model of the space.

If what I am going for is an interesting tactical puzzle. I might describe difficult obstacles the party has to deal with in order to operate in the room first.
If the monster is up on a pedestal or hanging from the ceiling and not necessarily the first thing the eye would be drawn to.
If I want to bait the player into a difficult encounter that can be avoided but has a big pay off, I will describe the big pile of gold, a glowing gem on a plinth, or a life size marble statue. I’ll describe that first and maybe in great detail to get the player worked up and then say, “And there’s a lich hanging out in a big chair over in the corner. “
If the monster is going to hang back and wait for the players to enter the room and there is a tactical reason for that.

There are reasons to describe the monsters first.

If there isn’t much going on in the room that’s important to the resolution of an encounter. I may not describe the contents of the room at all if there isn’t anything obvious or important in the room until after the encounter is finished.
If I want to invoke a little fear in the players; I’m going straight to the monster and I’m laying it on thick. The toothy grin of the dragon, the enthusiasm of the orc chieftain as he has cornered his prey, the stench of death on the ghoul.
If the monster is doing something that I want the players to feel a sense of urgency about. Sometimes players will want to spend five minutes talking about something that their characters have only seconds to respond to. If I want the players to feel the time pressure, they’ll only get the monster description and then I’ll turn to them, one at a time and ask what their individual character is doing.

It depends on who is looking. Imagine you have a plumber, an electrician and carpenter looking at a kitchen that is stripped down to the studs. The electrician is looking for wires, where they’ll put the new outlets and switch boxes. The plumber is looking for the water lines and drain pipes and where they’ll be installing a dishwasher. The carpenter will look at the condition of the sub-floor, the framing and the place they’ll have to cut a hole in the ceiling to install the new vent hood. All of them will talk together to figure out how their piece of the job will affect the other tradesman.

If your thief is looking at a room, they might notice the chest in the corner first. The ranger might notice the smell and spoor of rats. The fighter may see the monster right off. The dwarf might notice the stone work first. If the whole party has blundered into the room then I’ll say, “Dwarf, you notice something big has been rubbing up against the stone in the passageway and it is worn smooth. Thief, you see a chest standing open in the southwest corner and the glint of gold within. Wizard and fighter you see a big troll sitting in the corner chewing on a femur. It looks up at you surprised by your sudden appearance but it drools as it sees you.”

It also depends on what the players are doing at the point they come to the room. Careful, slow movement through a passage where the characters are taking their time and paying attention will get a different description than a screaming rout from a battle. One will have more detail and the other will be “You see a doorway to the left. An ogre is peaking out into the hallway with a curious look on its face. What do you do?”

The sequence that I describe room or monster depends on the experience I’m looking for, the situation and the characters.

If you took something useful away from this post, I hope you’ll consider joining my monthly email list. When you sign up you’ll get a link to a shared file where you can check out Grumpy Wizard Quarterly, my once a season newsletter about classic adventure gaming, sword and sorcery fiction, fantasy comics or whatever I’m on about at the moment.

One thought on “A View of the Room”