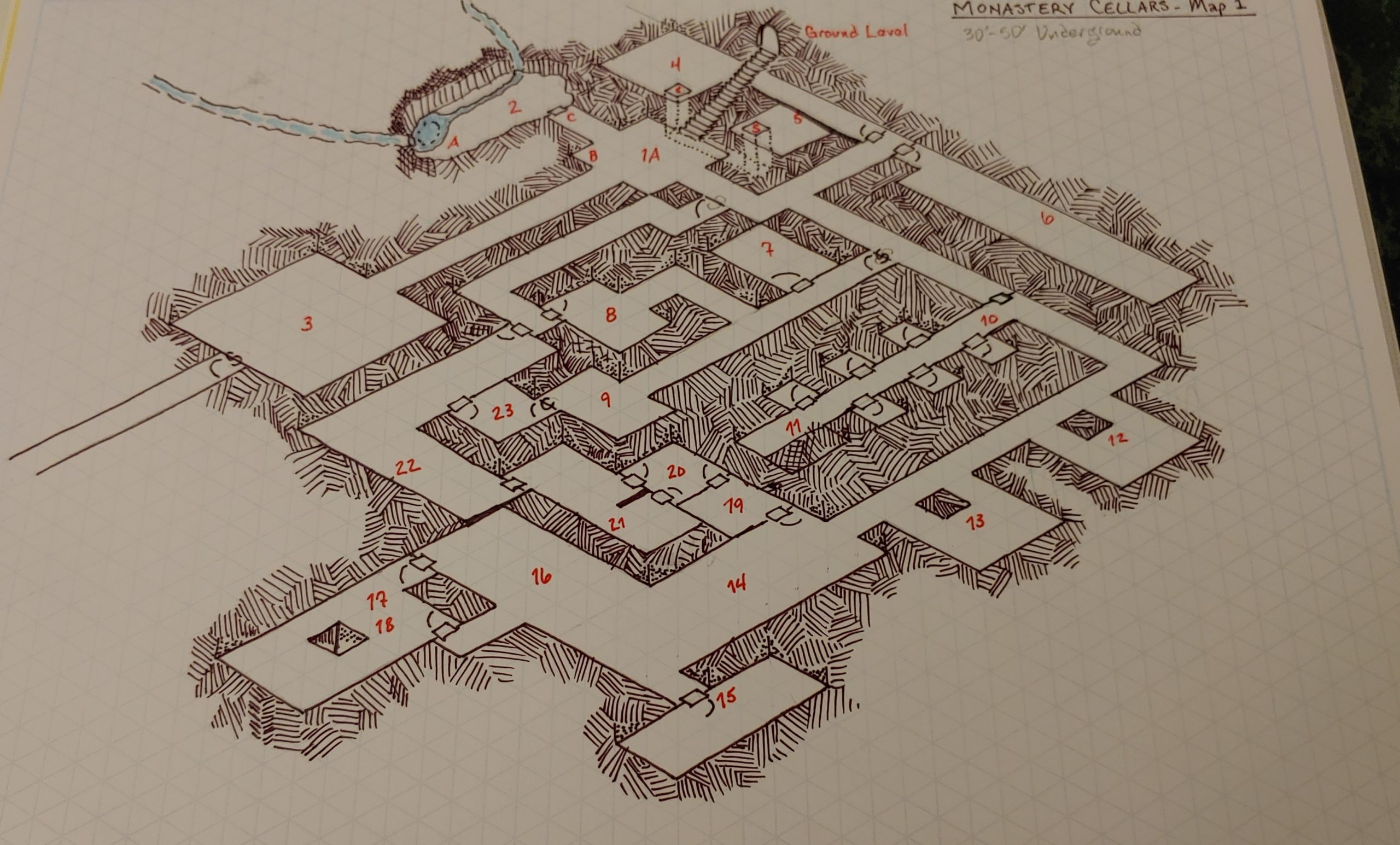 Doing the research and putting together the notes into a (hopefully) coherent essay reminds me that there are some monsters that have become so cliché that no one uses them anymore…like that dance club downtown that you “can never get into” so everyone stops bothering to try.

For the MegaDungeon I suggest that you embrace these clichés. Run with them.

Bring back the uncertainty and horror of discovering the dungeon itself is actually trying to kill you.

Trappers and Lurkers Above.

And of course, all of the gooey, slimy creatures (that are probably left-over weapons of mass-destruction from the Cataclysm):

And the Slithering Tracker.

Sign up now so you don’t miss the next issue.