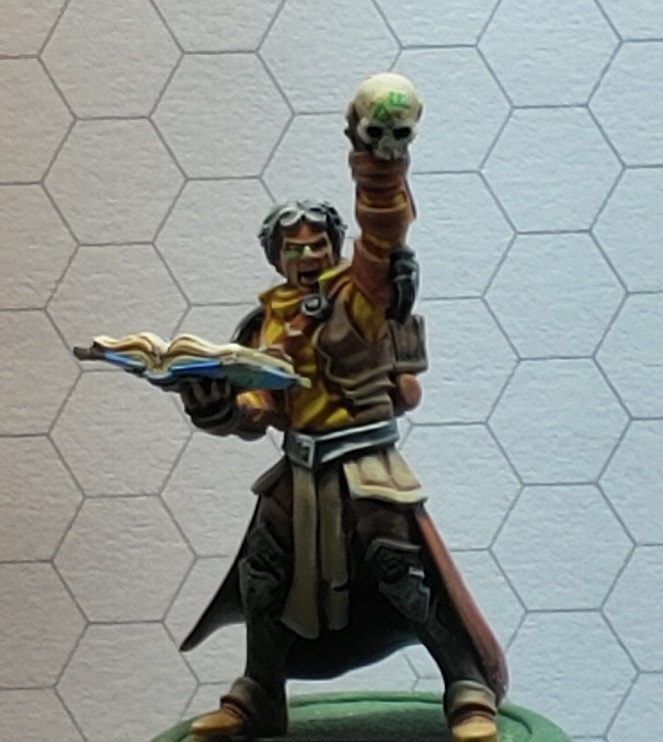 Right off the bat I want to say this idea is borrowed/stolen/inspired by I Cast Light.
Warren put his OSR character sheet together for his own BX campaign:

Because the players for my Castle Xyntillan game have come from 5e, I really wanted to make sure I had a character sheet that would, in part, convey the focus of BX (and old-school) play in my eyes and have all the numbers they would need to assess risk or perform actions.

The World of Weirth is built on the framework of Low Fantasy Gaming, a fairly lite ruleset with a great OSR feel. I have, of course, ditched the “proficiencies” because they dilute Play and Problem-solving (“My character doesn’t have the Fire Building proficiency, so I guess we are going to freeze to death tonight“).

I am looking for the same kind of tool, a sheet that helps the player run the character in the setting and in the moment.

As you can see, on the left we have the Ability Scores and any associated modifiers. Because this is an OSR game without Proficiencies, the actual Ability Scores matter. In order to perform some tasks or utilize some skills, a character will need to roll under their Ability Score relevant to that task. There are other tasks or events that may have an associated DC roll, which would then be modified by the appropriate Ability Score modifier. DEX has an extra space for recording “to hit” information, as a high DEX score will sometimes affect one’s melee effectiveness differently depending on the STR score.

The HEALTH section has a place for all of the relevant statistics for a character’s well-being.

The EXPLORATION & INTERACTION section is stolen straight from Warren, showing each player what they need to roll on a d6 for various activities not covered by the Ability Check or the DC roll.

In the center we have the Weapons area, with the relevant information and at the bottom the Class Abilities and Skill, which are Roll Over DC mechanics.

On the right we have the Encumbrance, or “Burthen” section. I am a firm believer in the Resource Management part of the game. Warren had the great idea of including Obligations/Quests/Oaths to this, as a way of measuring one’s psychological burden as well as the amount of stuff one can carry. I am also toying with the idea of having healed wounds affect Burthen too. To represent a diminished capacity due to ongoing pain, loss of range-of-motion, etc. In any case the full WIP Encumbrance information is here.

Notably not included on the character sheet is any information about Spells. Mainly because the Magic System is still WIP (newsletter subscribers got to see it in January!). Also because magic is a bit more complicated than in D&D or vanilla LFG.

Finally, we have no room anywhere for “Backstory”, as it has no place in an OSR game. Your character’s backstory is revealed through play, and is much better served as part of your session notes.

I look forward to any ideas, thoughts, or commentary.