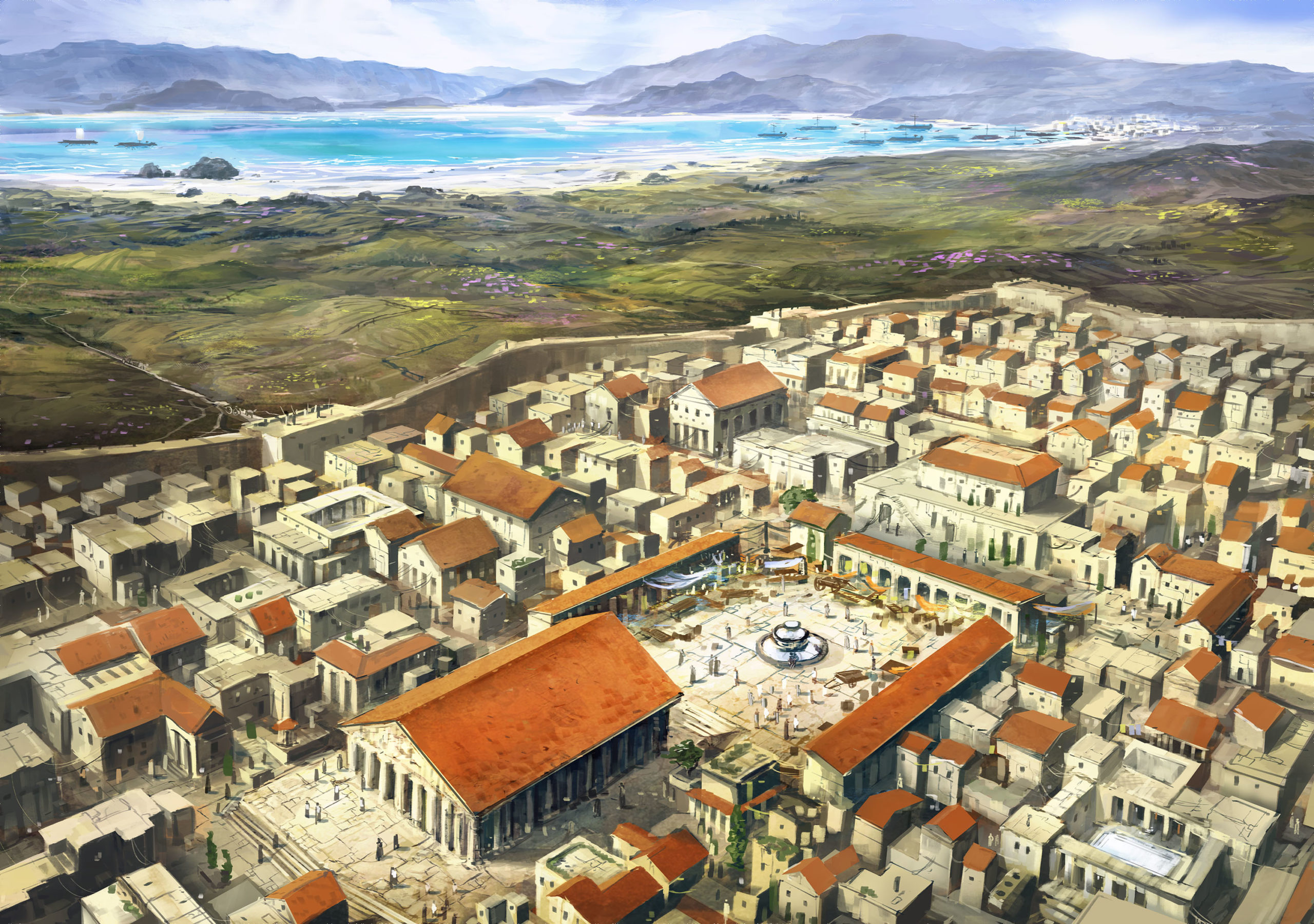 The entire PC group is in the tunnels below the Cemetery/Tower of Zenopus.

The plan is to get back out of the dungeon as quickly as possible. Adora notices that Maisara is chanting (the following: “Accursed forevermore is Yamil Zacra, star of perdition, who sitteth apart and weareth the mask of time”) and shakes her to make her stop. She grabs a piece of paper out of her hand, Adora believes it to be an incantation, and burns it.
Maisara has a bit of a breakdown, crumples to the ground, crying.
Aziagos gets the group moving, out into the corridor, back into the stronger marching order, and down the passage. The Tunnel Stalkers are stuck on the other side of the pit, so the party needs to use a rope and stay close to the far side. They throw some rations to the monsters to disgttract them, which works for a while.
Moving soutward down a wider tunnel, the floor suddenly gives way beneath Pagos, who slips into a sinkhole! The party members on either side try to grab him, but he sinks into the gravel, which then give way completely. They can swee him, some 25 feet below, in a pile of rocks and rubble.
They get some rope, make a sling, and lower Shavanoxil into the pit, down to the lower level. She checks on Pagos, he appears to be dead. They start pulling her up just as her touch begins to sputter out. Not worried, she tosses it aside. Before she reaches the top, however, the party is attacked by the Tunnel Stalkers! They have come around the tunnels and are charging ahead!!

Oxardozius and Roinseach brace their spears for a charge but are not fully successful.
Shavanoxil is lowered back down into the darkness so Aziagos and Co can fight with both hands, and a savage battle takes place.
Trapped in the dark, alone with a corpse, Shavanoxil is triggered to produce her Talent, a shimmering globe of Wraithlight!
After the battle with the Tunnel Stalkers the group quickly pulls Shavanoxil back up to the main tunnel. She keeps the secret of the Wraithlight to herself, for the time being.

The party does a quick check of the remaining light sources and hustles back around to the mushroom chamber. Wasting no time they begin to climb while Oxardozius fashions a sling for Kibble. He brings up the rear.

Upon reaching the first level of the dungeon they make their way quickly through the rooms they have been through before, as quietly as possible. They practically sprint across the sarcophagus room to avoid an encounter with any Grave Rats!

They charged up the stairs and into the fading sunlight. There was no one around, even the Caravan campground area was mostly cleared out. They returned to the village and went straight to the Green Dragon Inn, where luckily Shavanoxil had the key to the room they had let to store the leftover supplies and treasures from the ill-fated swamp expedition.

They decide to unload everything here, get organized, have some baths and get some dinner. The Inn seems to be less crowded, so they may be able to get their own rooms and figure out what is the next step.
It’s not until they head down to dinner that they realize Maisara is not with them. No one saw her leave the group. Right about this time Shavanoxil and Arnbjorg experience “Tibane Crash”, a feeling of achiness and fatigue that comes from using the healing herb.

Total Treasure gathered during 12 Zazel delve beneath Tower of Zenopus

(0-levels will be able to choose a class and start on LI, once they find a Mentor)
Roinseach XP
Shavanoxil XP
Arnbjorg XP

There are two days of downtime for the end of this segment. The three Zero-levels that survived the funnel and the tunnels are Roinseach, Shavanoxil, and Arnbjorg. They each begin Campaign Actual Play with -500 XP. They need training and can gain the XP via training with a mentor. They can gain this training at a rate of up to 500 SP per week.
These three may add 4 points to their Ability Scores now (no more than 2 points per score), and 2 more when their training is completed.

All three Pre-PCs have at least a Talent for magic. Shavanoxil has learned to perform the Wraithlight Cantrip, and seems to have a Knack for assessing and dressing wounds.
The other two have not discovered their Knacks yet, but are able to sense the Esitouche and touch it in a rudimentary way. (Kalder is able to sense this about them when he is in close proximity)

Two other Zero-levels have accomplished their training, Kosas and Shadoravan have completed their Nurdiyan Initiation and may join the party at L 1. They have also been given their magical “books” by their mentor Bruney.

This is the conclusion of Chapter Two, but we are not done yet…stay tuned!