I have diligently been hammering away at the Arkham Investigators and have finally finished them!

Here they are, drying and waiting to be clearcoated and based: 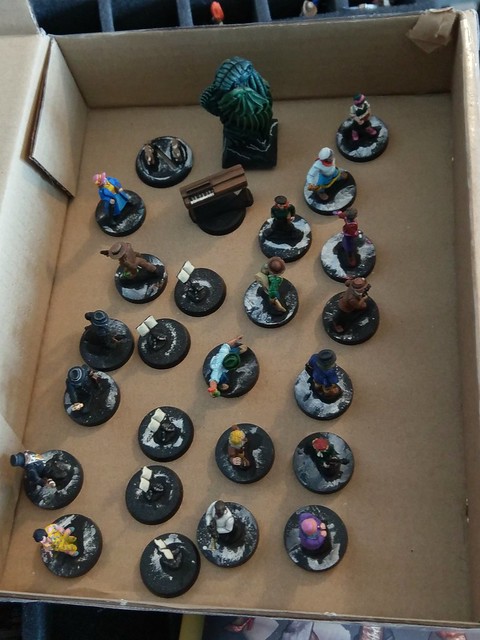 Now there are only 8 minis on my workbench to be completed. Sadly they have been there since October… 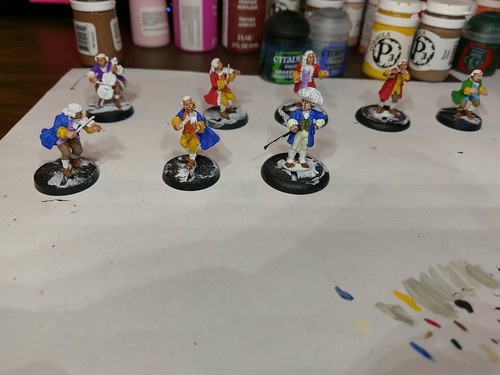 This is actually my first attempt at making a set-piece/diorama. The musicians will be mounted on a large base of plywood. Originally it was planned for part of the set dressing for General Bartleby-Smythe game, but then I got sick and blah, blah.

The worst part? McG has the game board in NH and I was going to go up next weekend for a mini-con but the car needs work and other emergency $$$ spending. Sucks.

Did I share this stuff yet? The Adventuress and the Hollow Earth Simians. Annalisse Kirchner is from Warlord Games, survivor of a mission to the Hollow Core of the Earth…

Annalisse Kirchner is a recent arrival to these lands. She is an anthropology major from Heidelburg University.

A prominent member of a research expedition to the Core, she is the sole survivor of the disastrous and ill fated project. She has given up all academic interest in the environment, currently seen waving a revolver at any inhabitant who may help her escape the nightmare she has found herself in.

Should be a fun addition to the Campaign story. 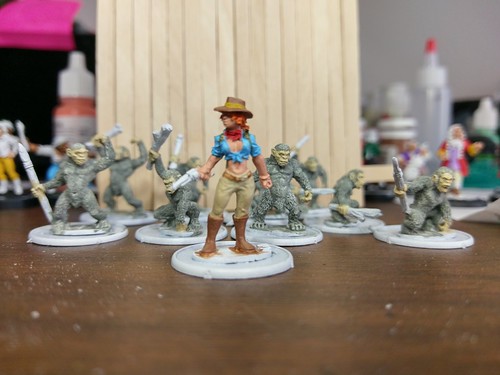 They live on Bone Island, a very remote and uncharted place that Jacquie Cutter flew over one time and made a note about in her pilot’s log.

I’m really motivated now to finish the Musicians because, now that the Arkham bunch are out of the way, my next project is Rick’s Americain, (yes, Casablanca) from Sally 4th. 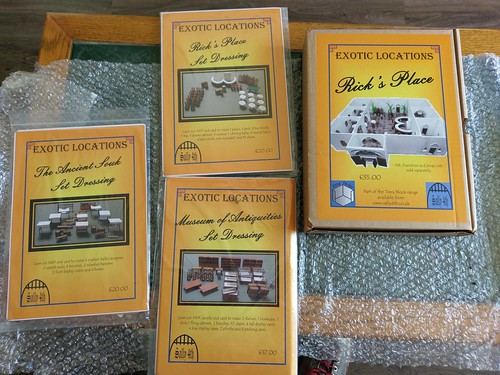 This is going to be awesome

I’ll be adding this to the Yangzee City setting, which will also incorporate the new Arkham characters in an all-encompassing uber-campaign that will feature Tales from the Gold Monkey, Bartle Bull’s fictional Shanghai, and, now, Casablanca!